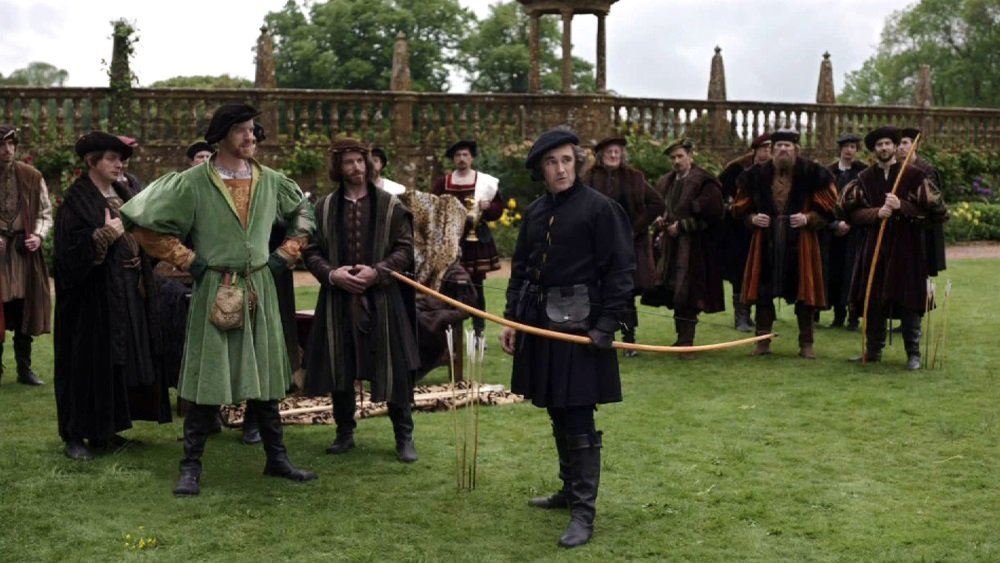 The BBC historical miniseries Wolf Hall (2015) stars Mark Rylance as Thomas Cromwell (not to be confused with Oliver Cromwell), advisor and legal counsel to Cardinal Wolsey and King Henry VIII. Rylance is a theatrical legend in Britain but not so well known in the U.S., although that’s changing thanks to his sublime performance in Steven Spielberg’s Bridge of Spies, which earned him an Academy Award.

He takes the lead in Wolf Hall, a six-part historical drama based on two novels by Hilary Mantel (she’s currently writing a third to complete the historical trilogy). Cromwell was a lawyer, not an aristocrat, and was not born to power, but he earned the respect of Henry (played here by Damian Lewis as a ruler in his prime, before the packing on the pounds) for his intelligence and his loyalty to Wolsey (Jonathan Pryce), a combination not seen in the aristocracy.

This has the look of a grand costume drama but its focus is on the nuance and detail of the way power is negotiated behind the scenes. There are big dramas to be sure—this is the reign of Henry VIII, with his six wives and the creation of the Church of England, after all—but this series is focused on the unflappable, practically unemotional reserve of Cromwell as he gets Henry’s childless marriage to Katherine of Aragon (Joanne Whalley) annulled and prosecutes his second wife Anne Boleyn (Claire Foy) for adultery.

Rylance, the reigning king of the British stage, is superb in role; watching him hold the center of this gorgeous period piece is a lesson control and precision and deep-rooted habitation of a role and his quiet assurance and guarded emotions are in sharp contrast to the flamboyant personality and explosive emotional turns of Lewis’s Henry. Though it ends before the story is over (one hopes they’ll all reunite to complete Mantel’s trilogy), this is a riveting take on historical drama and the ways of power in the Tudor era.

The BBC production was originally broadcast in the U.S. on the PBS showcase Masterpiece. It won the BAFTA for best drama series and for Rylance’s performance, and earned eight Emmy nominations.

Streams free on Hoopla, which is available through most public and college library systems.

Also on Blu-ray and DVD and on SVOD through Amazon Video, iTunes, GooglePlay, Fandango, Vudu and/or other services. Availability may vary by service.
Wolf Hall [Blu-ray]
Wolf Hall [DVD]