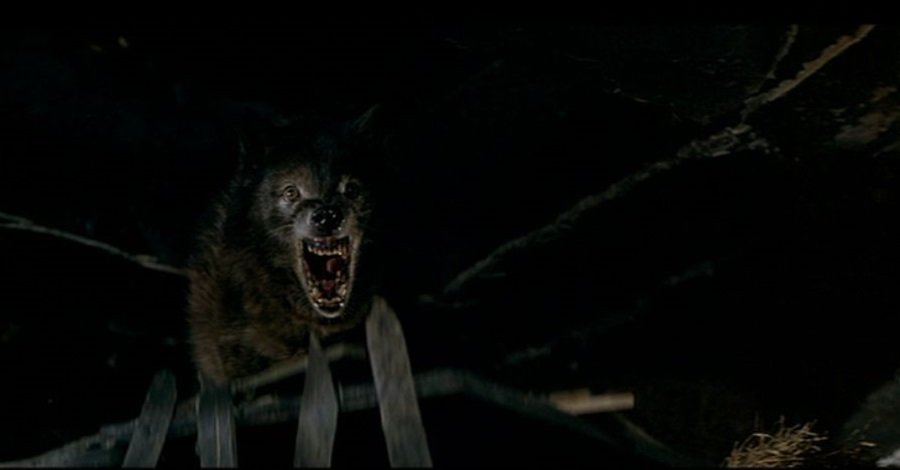 The werewolf movie was revived and reworked with a vengeance in 1981 and Wolfen (1981) adapted from the Whitley Strieber novel and directed by Michael Wadleigh (his first feature since the epic concert film Woodstock), was a far more radical take on the genre than An American Werewolf in London or The Howling, though not as popular as either.

Set in New York City during the era of urban renewal and homegrown terrorists, it begins with the bloody murders of a millionaire developer and his wife by assailants with unidentifiable weapons. The authorities think that a terrorist organization is responsible but the investigation by an unconventional homicide detective (Albert Finney) reveals a string of otherwise unrelated deaths with similar details and evidence that wolves are somehow involved, even though they are extinct in New York.

Wolfen is not a werewolf movie by strict definition but it delves into American Indian lore involving shapeshifters and ancient animal spirits as well as urban legends of an underground culture of wolves who hunt in the cities. Wadleigh uses evocative Steadicam POV shots of the wolves moving through the city, seeing the world through heat signature and scent, that are eerily similar to video surveillance technology used by the FBI on the suspected terrorists.

Diane Venora and Gregory Hines make their respective feature film debuts as fellow investigators and Edward James Olmos is memorable as an American Indian activist who guides Finney through the lore of his people. It’s a smart take on the man-versus-nature horror strain with political, social, and cultural dimensions rare in the genre, striking imagery, evocative atmosphere, and genuinely suspenseful thrills.

, iTunes, GooglePlay and/or other services. Availability may vary by service.
Wolfen [Blu-ray]

No supplements on the DVD or Blu-ray releases.