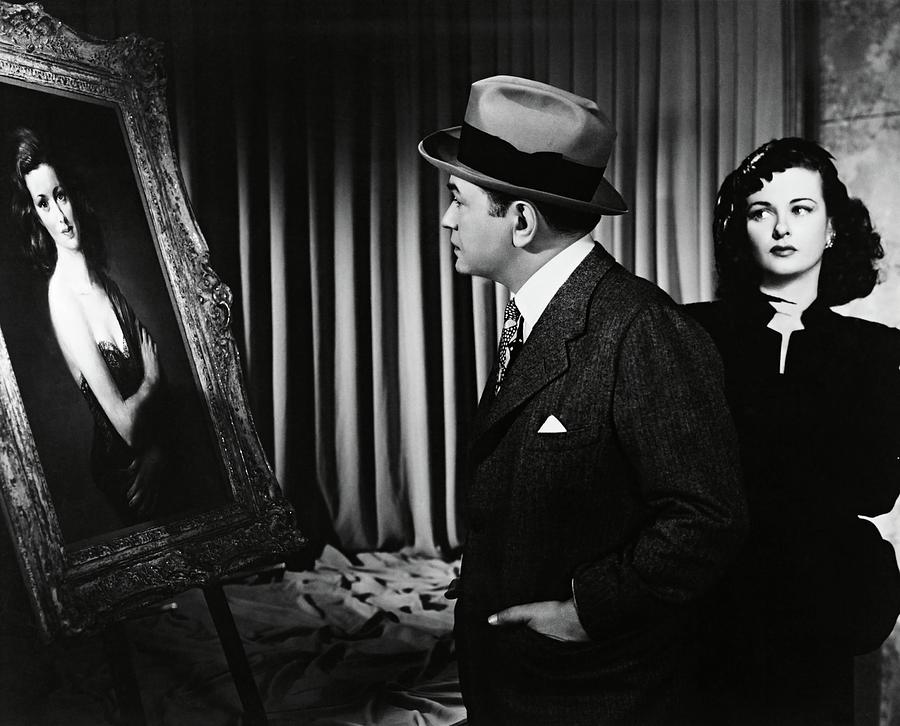 Fritz Lang’s The Woman in the Window (1944) is a film noir nightmare in every definition of the term.

Edward G. Robinson is the middle-aged philosophy professor who meets beautiful young model Kitty (Joan Bennett) on the street. His wife and kids are out of town for vacation so he joins this single, sexy young woman for nightcap in her apartment. Then her lover barges in on them in a rage and Robinson ends up a killer blackmailed by the dead man’s sleazy bodyguard (Dan Duryea).

Raymond Massey costars as the District Attorney, who just happens to be the best friend of the compromised professor. He personally updates his buddy on each development of the case and walks him through the evidence with the meticulous detail of a police procedural, making this an early example of the genre.

It’s The Seven Year Itch with a killer hangover, though one does have to read between the lines of the Production Code-imposed morality. Lang and screenwriter Nunnally Johnson play situations with sinister or tawdry possibilities with an almost absurd innocence, presenting Robinson and Bennett as innocent victims of circumstance who cross into criminal behavior to protect themselves. Edwards bends over backwards to make our hapless temporary bachelor utterly sexless and Bennett plays the role with all innocence, belying that she’s a kept woman. Even the awkward balance of humor and lurid content gives it a wobbly tone.

But if Lang was hemmed in by the studio, he was smart enough to suggest what he couldn’t put on screen. He comes right out of the expressionist school yet shoots all the interiors with the classic Hollywood flood lighting style, no darkness or ominous shadows. He only goes dark in the exteriors (also shot in studio sets, but all at night), where we get the night closing in on him. And yes, there is a dream twist. It was criticized at the time of release but in its own way it justifies otherwise inexplicable plot points and it allows Lang and Johnson to suggest the suppressed desires and anxieties of a middle-class intellectual and seemingly content husband and father.

Lang reunited the three stars the next year for Scarlet Street, which plays like a cynical twist on the same basic elements and leans in to all the tawdry possibilities.

It’s been remastered for Blu-ray and a new DVD edition by Kino Lorber with illuminating commentary by film historian Imogen Sara Smith.