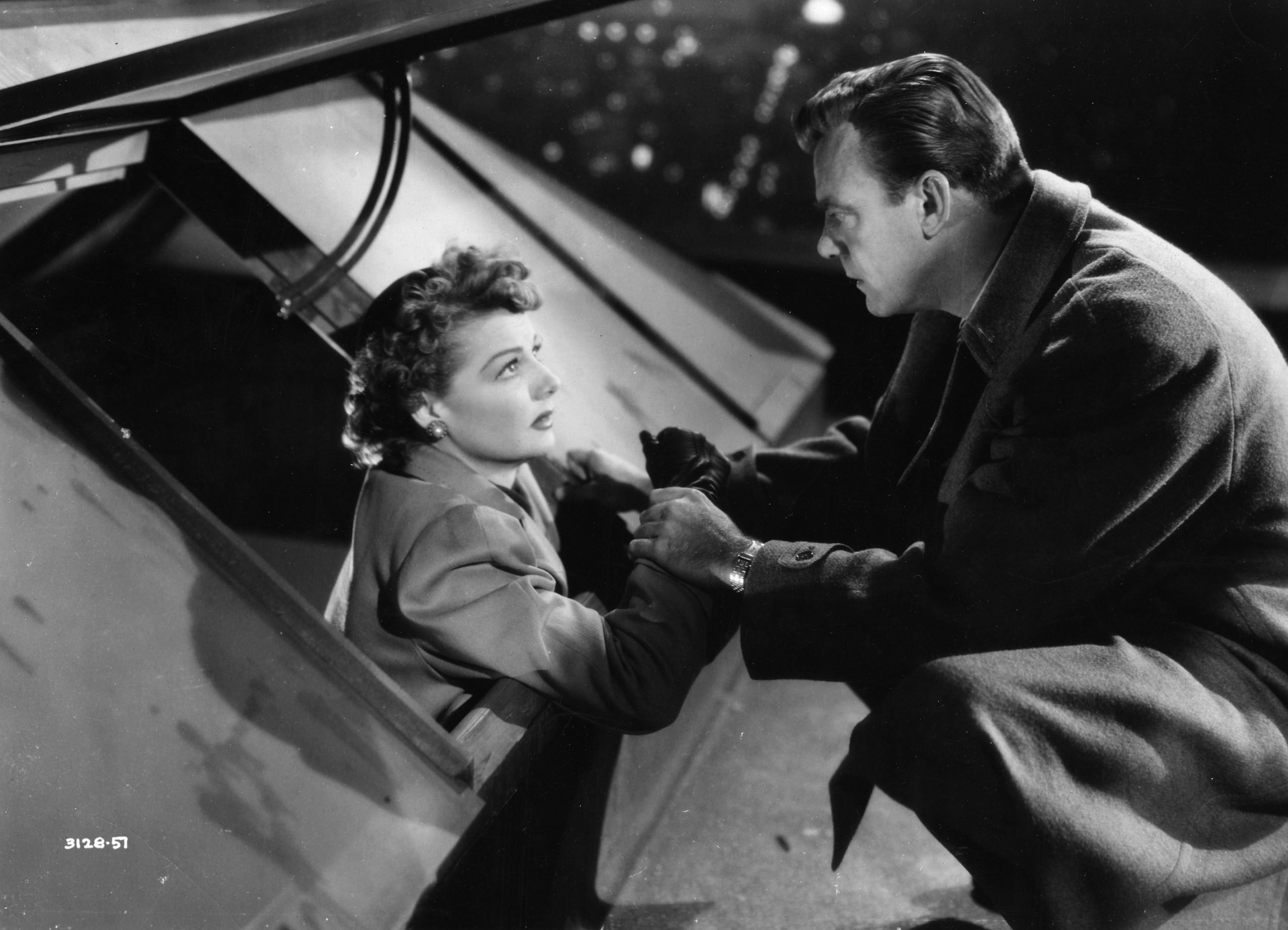 Some of the most interesting film noirs of the classic Hollywood era were actually produced outside of Hollywood. Cast in point: Woman on the Run (1950), developed and produced by actress Ann Sheridan as a starring vehicle with a strong leading role and shot on location in San Francisco.

Sheridan plays Eleanor Johnson but title aside she’s not really on the run. It’s her estranged husband Frank (Ross Elliott) who has gone missing after witnessing a gangland killing. Their marriage has become mere formality—they lead separate lives connected only by a shared address and a pet dog—but she’s the first to tip him off that the cops are looking for him. She slips the police surveillance easy enough but dogged, fast-talking reporter Danny Leggett (Dennis O’Keefe), a newspaperman with a mercenary streak and a snappy patter that could have come from the lively newspaper pictures of the 1930s, is more resourceful. He joins her search for Frank across San Francisco, helping her track him down in return for the exclusive story, matching her sardonic cracks with snappy repartee delivered with an all-American grin as they go searching Frank’s old haunts.

It’s a classic film noir situation, the wrong man targeted by bad luck, but it’s just the starting point for the real story. Eleanor softens along the journey as she discovers new dimensions of her estranged husband on her odyssey. The tart snap and cynical edge gives way to concern as her feelings are rekindled. In a genre known for predatory relationships, one-sided love affairs, and sexual obsession, this is the rare film noir that opens in indifference and resentment and becomes a story of rediscovery and renewal. Eleanor transforms from hard-bitten cynic to revived romantic as she falls in love with her husband all over again.

Director Norman Foster was a B-movie veteran who worked briefly with Orson Welles and it appears to have inspired him. He delivers a film filled with unexpected dashes of character (the heavy accents of the dancers at a Chinese restaurant give way to all-American voices when the rubes are gone) and marvelous style and atmosphere. Along with the usual picture postcard views, he takes the viewer through parts of San Francisco that aren’t part of the tourist checklist.

He makes excellent use of location shooting, from the dynamic murder scene from the bottom of a plunging set of stone steps through the climax on the waterfront amusement park. The low angles and tilted framing give the shots a dramatic punch, but also suggests a world off balance, an appropriate state of affairs for characters uprooted from their familiar lives. And there is an incredible rollercoaster sequence that becomes a marvelous metaphor for the panic, helplessness, and emotional turmoil of the rider trapped on the ride while a murder is underway below.

The film fell into the public domain and has been available in poor quality editions for decades. It was restored in 2016 by the Film Noir Foundation and UCLA Film and Television Archive. We only list high quality editions at Stream On Demand.

Also on Blu-ray and DVD and on SVOD through Amazon Video, iTunes, GooglePlay, Vudu and/or other services. Availability may vary by service.
Woman on the Run [Blu-ray+DVD]

It was restored by the Film Noir Foundation in 2016. The original negative was gone and the only complete original print destroyed in a fire a few years ago, but the British internegative (a copy of the original negative that was used to strike prints in Britain) was preserved by the BFI, who loaned it to UCLA for this restoration. The day scenes have a documentary immediacy, the night scenes are plunged in shadow, and all of it is crisp and clean with excellent contrasts.

Flicker Alley released the film on Blu-ray and DVD with commentary by Film Noir Foundation founder Eddie Muller (informative as always; Muller has long been a champion of the film and its interesting use of San Francisco locations), the 20-minute featurette “Love is a Rollercoaster: Woman on the Run Revisited” with Muller and film noir historian Alan K. Rode and film critics Kim Morgan and Julie Kirgo, the five-minute “A Wild Ride: Restoring Woman on the Run” with Muller and film archivist Scott McQueen, the seven-minute video tour “Woman on the Run Locations Then and Now” with Brian Hollins (aka City Sleuth), and a ten-minute featurettes on the Noir City Film Festival, plus a booklet with stills, artwork, and an essay by Eddie Muller.