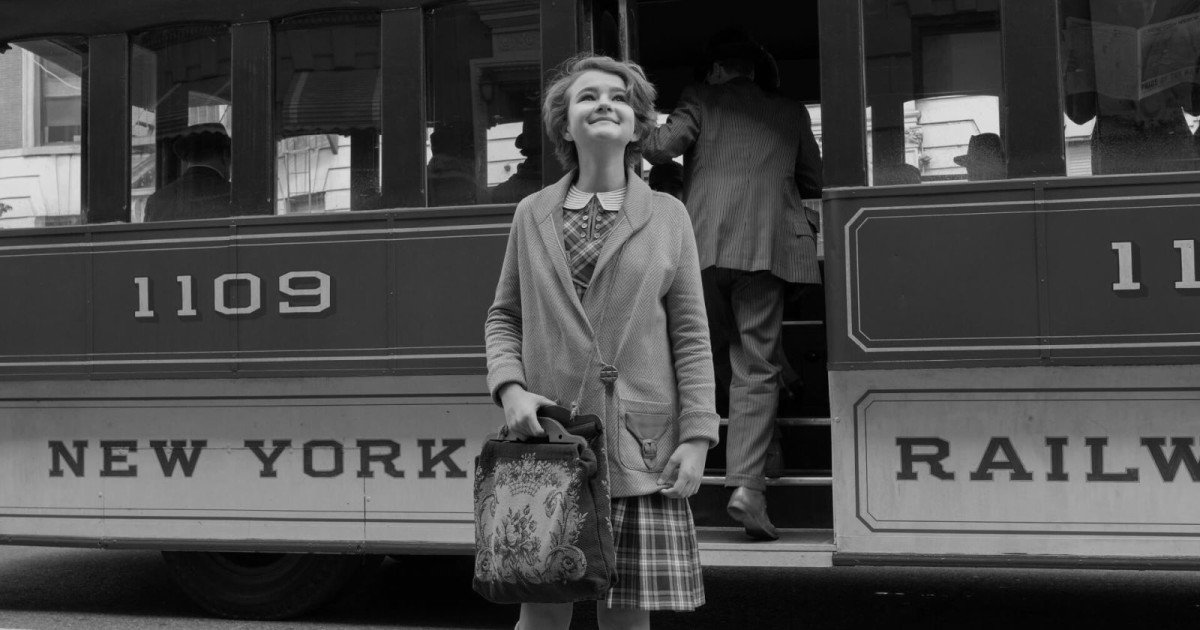 Wonderstruck (2017, PG), a lovely and touching film from Todd Haynes about two deaf children separated by decades but connected by fate (and New York’s Museum of Natural History), got lost in the holiday season rush.

Based on a book by Brian Selznick, it’s beautifully attuned to the experiences of the two kids (Millicent Simmonds, a first time actress, and Oakes Fegley) as they run off to the big city and take in the bustle of the city and the wonders of the museum. Julianne Moore co-stars in both the 1927 story (shot in black white like a silent film with intertitles) and the 1979 sequence and helps twine the two tales together on a lovely convergence. You can now stream this delicate, intimate, family friendly odyssey on Amazon Prime before it comes to DVD and Blu-ray.

Matthew McConaughey and Jared Leto both won Oscars for Dallas Buyers Club (2013, R), a drama based on a true story of the early days of the AIDS crisis. Now streaming on Netflix. Reviewed on Stream On Demand here.

All 15 seasons of the addictive NBC medical drama ER with Noah Wyle, Julianna Margulies, Anthony Edwards, Maura Tierney, and George Clooney (just to name a few of its star players) are now streaming on Hulu. That’s 331 visits to the emergency room.

Blade Runner 2049 (2017, R) accomplishes a near-impossible feat: it creates a world as visionary and visually entrancing as the original. Ryan Gosling stars as the next generation Blade Runner and Harrison Ford returns as Deckard but the true star is cinematographer Roger Deakins, who deserves an Oscar for his work with director Denis Villeneuve. Also on DVD and Blu-ray. Reviewed on Stream On Demand here.

Happy Death Day (2017, PG-13) from Jason Blum’s horror hit factory reworks Groundhog Day as a slasher film and crime thriller The Snowman (2017, R), based on the novel by Jo Nesbø, stars Michael Fassbender as a police detective in Norway on the trail of a serial killer. Also on DVD and Blu-ray and at Redbox.

Available before theaters is the indie romantic comedy The Relationtrip (2017, not rated).

Embrace the mystery: Michael Stuhlbarg is a modern-day Job in A Serious Man (2009, R), a wry tragicomedy from the Coen Bros.

The animated feature Godzilla: Planet of the Monsters (Japan, 2017, not rated) travels 20,000 years into the future where the lizard king rules the Earth.

Streaming TV: Clive Standen takes over from Liam Neeson as the man with a very particular set of skills in Taken: Season 1. Also new:

Kid stuff: Trolls: The Beat Goes On!: Season 1 continues the animated adventures begun in the 2016 film.

French legend Catherine Deneuve star in The Midwife (France, 2017, not rated, with subtitles). Also new: horror film Wish Upon (2017, PG-13) with Joey King and Ryan Phillippe and coming-of-age comedy Slash set in the world of fan fiction (2016, not rated).

Streaming TV: From Britain comes the homefront drama My Mother & Other Strangers: Season 1, set in a provincial Irish town during World War II, and the historical mystery series Endeavour: Season 4 and Grantchester: Season 3.

Foreign affairs: over a hundred Bollywood movies—thrillers, comedies, melodramas, romances, and of course lots of musicals produced in India—from the 1960s through the present are streaming on Amazon Prime. See Stream On Demand’s starter kit of a dozen top picks to start your journey.

With British Royalty all the rage again, it’s a perfect time to revisit Helen Mirren’s Oscar-winning performance as The Queen (2006, PG-13) in the drama written by “The Crown” creator Peter Morgan.

More streaming TV: all five seasons of the Fox sitcom Living Single with Queen Latifah and the complete cable crime dramas Saving Grace from TNT and Breakout Kings from A&E.

Foreign affairs: set in the mountains and high desert plains of Tibet, Soul on a String (China, 2016, not rated, with subtitles) is a sweeping odyssey that seems to straddle the past and present. Also new:

The high-octane The Fate of the Furious (2017, not rated), the eighth film in the car caper franchise with Vin Diesel and Dwayne Johnson, is presented in an extended version with footage not seen in theaters.

Available Saturday is the comedy Snatched (2017, R) with Amy Schumer and Goldie Hawn in a South American vacation gone horribly wrong and the return of the political talk show Real Time With Bill Maher.

The Chi, a drama set on the Southside of Chicago, has become one of Showtime’s most acclaimed original programs. Two episodes now available, new episodes arrive each Sunday.

Emily Blunt is The Girl on the Train (2016, R) in the thriller based on the bestselling novel by Paula Hawkins.

Filmstruck’s Director of the Week is Alexander Mackendrick and they add six of his films to the collection, including the great British comedies Whisky Galore! (aka Tight Little Island) (1949) and The Man in the White Suit (1951) and the searing American Broadway noir Sweet Smell of Success (1957) with Burt Lancaster and Tony Curtis.

New to Criterion Channel is The Lure (Poland, 2015), an offbeat reworking of “The Little Mermaid” as a musical with elements of horror (reviewed on Stream On Demand here), and the cult mockumentary This Is Spinal Tap (1984, R).

Mackenzie Crook and Toby Jones are back in the terrific low-key British comedy Detectorists: Series 3, a meandering character piece with a sly insight to people and relationships you don’t often see in half-hour comedy. All six episodes now streaming.

The BBC’s Lost Sitcoms recreates episodes of lost TV comedies Hancock’s Half Hour, Steptoe & Son, and Till Death Do Us Part using the original scripts and a new cast performing in front of a live audience. The latter two inspired Normal Lear’s Sanford and Son and All in the Family and he’s featured in the documentary Funny Is Funny: A Conversation With Norman Lear.