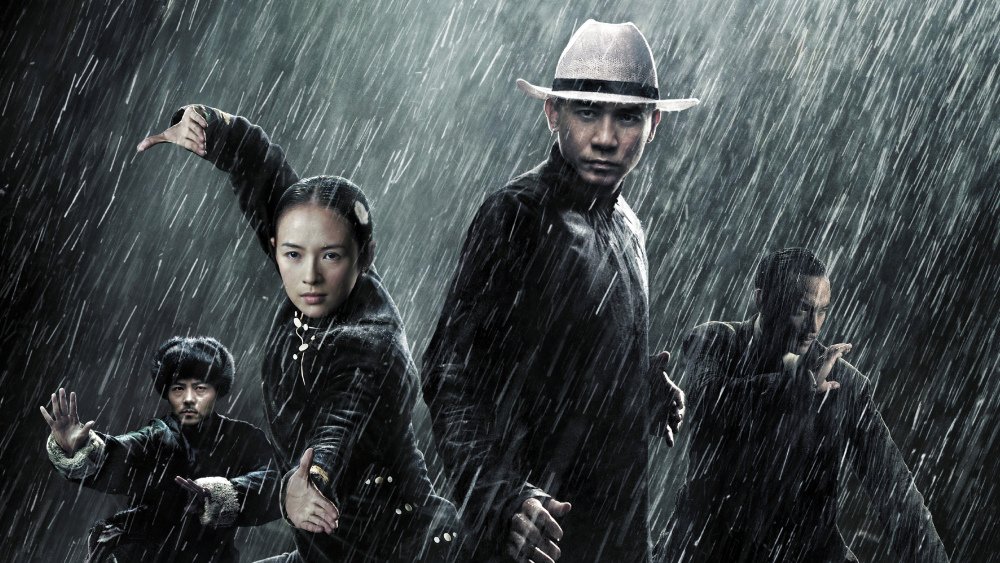 Ip Man was the martial arts master who became a hero during World War II and a respected teacher who mentored, among others, Bruce Lee. And there’s been a cottage industry in Ip Man films in the last decade, most famously with Donnie Yen in the lead as the modest, unassuming master martial artist.

The Grandmaster (China, 2013) is Wong Kar-wai’s impressive and unconventional contribution to the genre. Wong favorite Tony Leung Chiu Wai (In the Mood for Love) plays the master in a film that invests in the romance of the wuxia pian (the classic form of Chinese martial arts dramas of the fifties and sixties) and the real-life history of Japan’s invasion of China in World War II.

Yuen Wo Ping provides the choreography, which Wong turns into something more like a dance on screen. To Wong, the power of the movement is not just in its effect upon a rival fighter but in the way the man moves through the world. Leave it to Wong to make the image of a fist shooting through the rain or a foot displacing water as dramatic as a body blow.

Ziyi Zhang and Chang Chen co-star. It was nominated for two Oscars, including one for its rich cinematography.

, iTunes, GooglePlay, Fandango, Vudu and/or other services. Availability may vary by service.
The Grandmaster [Blu-ray]

Wong recut the film for American release and that’s the version on home video stateside, presented in Mandarin with English subtitles and an optional English dub soundtrack. The Blu-ray and DVD include “The Grandmaster Behind the Scenes,” a collection of seven Chinese-language featurettes, and the 23-minute “The Grandmaster: From Ip Man to Bruce Lee,” plus interview featurettes with Shannon Lee (daughter of Bruce Lee) and rapper / producer RZA.