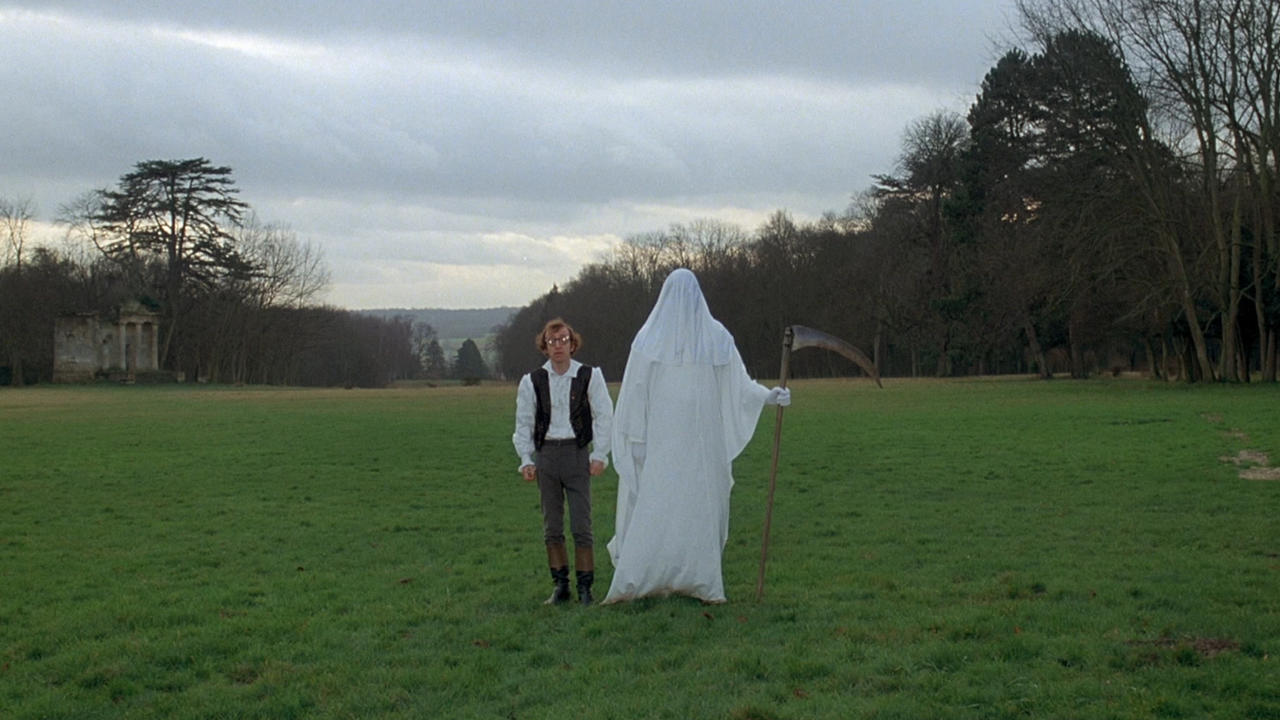 It was his sixth feature as a director and his third screen appearance with Diane Keaton, who gets as many punchlines as Allen does, and often in the same comic voice. It’s also a turning point in his career, the last of his genre parodies with scripts that string gags together rather than tell stories, and the first to really engage his love of philosophy, literature, and the existential drama of Bergman movies (as when his Doystoyevskian Russian serf debates a Bergmanesque appearance by Death).

While well-photographed by Ghislain Cloquet (who shot films for Jacques Demy, Louis Malle, and Robert Bresson and went on to win an Oscar for Tess), the film has a haphazard direction that never really gets at the visual elegance or careful art direction and lighting of the films he’s parodying. Allen made a great leap as a filmmaker with his next film Annie Hall, his first film to develop fully-realized characters and apply his comic instincts to commentary as well as generating laughs. Love and Death has a rather endearing innocence in its anything for a laugh aesthetic aimed at an audience who can appreciate both the high art and low comedy colliding in his jokes.

, iTunes, GooglePlay and/or other services. Availability may vary by service.
Love and Death [DVD]

On DVD from MGM and Blu-ray from Twilight Time in an edition limited to 3000 copies. The Blu-ray looks very good: sharp, colorful, and clean. No supplements beyond the Twilight Time trademarks: an isolated score and a booklet with an essay by Julie Kirgo.