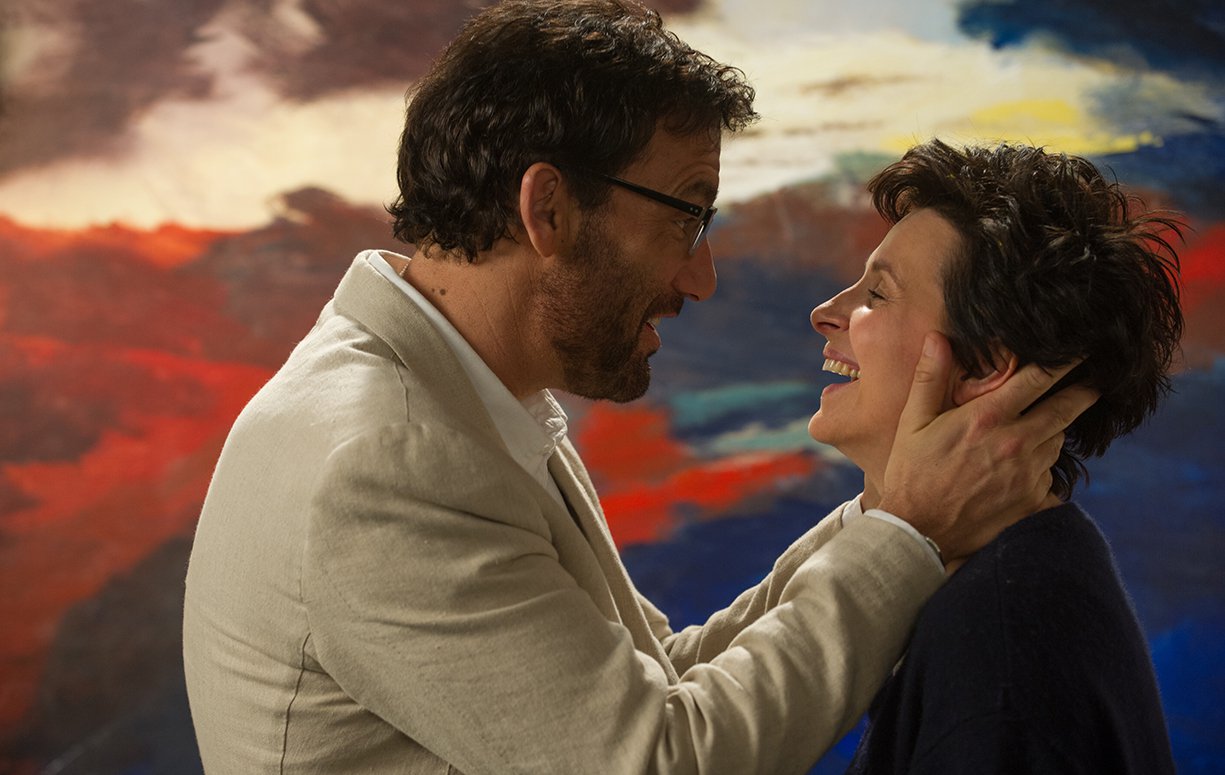 Words and Pictures (2013) is both a romantic drama, with Clive Owen as passionate but alcoholic English teacher at an expensive prep school and Juliette Binoche as the new art teacher who clashes with the brash Owen, and a pedagogical drama where a “war” between the written word and the image inspires the student body to engage in the arts.

The script is familiar but the performances are full-blooded, with Owen sinking his teeth into the charming arrogance of a former literary star crippled by doubt and drink and Binoche as the hard, emotionally brittle abstract artist suffering from a degenerative disease that has put an end to her ability to paint. A painter in her own right, Binoche brings a vivid physicality to the role as her character tries to find new ways to paint, throwing her whole body into the process. She communicates both the joy of expression and the pain of the effort in her performance. The sparring between these two actors and the maturity of their relationship makes it worth watching despite the inevitability of the story.

Add to My List on Paramount+ or watch free on Kanopy, which is available through most public and college library systems.

, iTunes, GooglePlay and/or other services. Availability may vary by service.
Words And Pictures [Blu-ray]