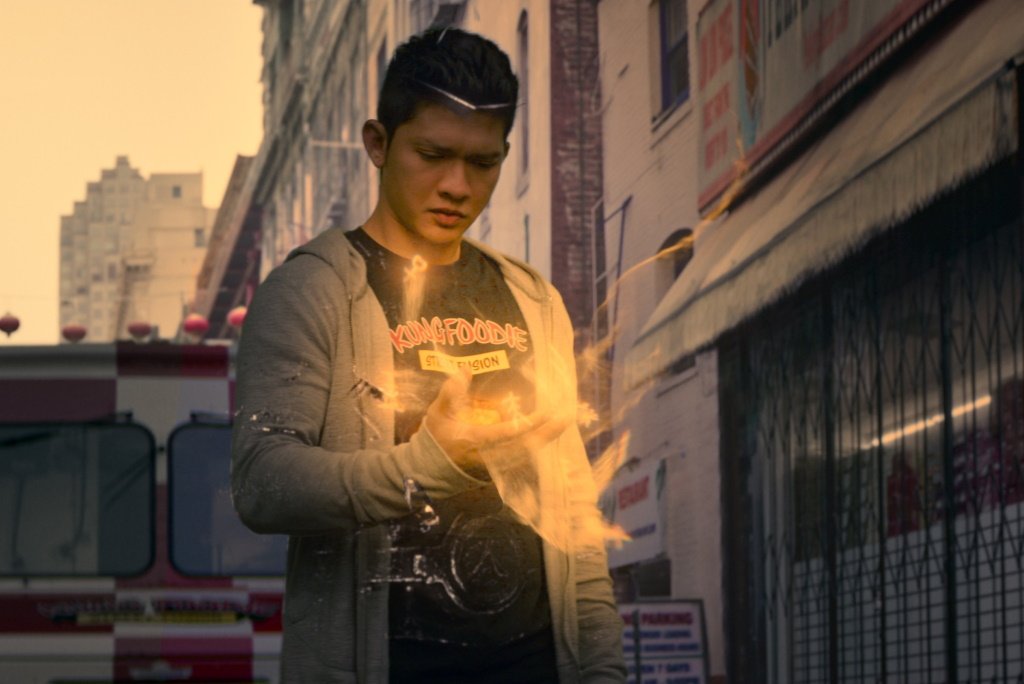 Indonesian action star Iko Uwais (The Raid: Redemption) plays a young chef who is gifted with the power of a thousand monks to fight evil in Wu Assassins: Season 1, a martial arts action series with a dash of fantasy set in San Francisco’s Chinatown. Katheryn Winnick and Mark Dacasos costar. 10 episodes streaming on Netflix.

Sam Rockwell and Michelle Williams star in the biographical limited series Fosse/Verdon (2019, TV-MA), which explores the long personal and creative partnership between director/choreographer Bob Fosse and dancer/actress Gwen Verdon. It was nominated for 17 Emmy Awards. Now streaming on Hulu.

The five-part documentary series Free Meek follows the story of Philadelphia rapper Meek Mill, aka Robert Rihmeek Williams, and the Kafka-esque ordeal with the legal system that transformed him into an activist for criminal justice and parole reform. Streaming on Amazon Prime Video.

The investigative limited series The Family traces the history and influence of The Fellowship, a Christian fundamentalist organization that has been operating in the corridors of power in Washington, D.C. for decades. Streaming on Netflix.

The Aretha Franklin concert film Amazing Grace (2019, G), shot in 1972 at a church in Watts, presents the Queen of Soul performing gospel at the peak of her career. It took more than 50 years to clear up legal issues and release the film to theaters. It’s now on Cable on Demand, VOD, and DVD, and available at Redbox.

Tolkien (2019, PG-13) dramatizes the formative years of J.R.R. Tolkein (Nicholas Hoult), from schooling to his experience as soldier in World War I, and the inspirations that would lead to “The Hobbit” and “Lord of the Rings.” On Cable on Demand, VOD, DVD, and at Redbox.

Available same day as select theaters nationwide is Light of My Life (2019, R), a post-apocalyptic drama directed by Casey Affleck, who stars with Elisabeth Moss, and the horror comedy Nekrotronic (2018, not rated) with Monica Bellucci and David Wenham.

The fifth and final season of Jane the Virgin, the telenovella-inspired comedy starring Gina Rodriguez, arrives barely a week after its conclusion on CW.

True stories: Screwball (2018, not rated) uses humor to look at the crazy story behind the doping scandal involving Alex Rodriguez, Manny Ramirez, and other Major League Baseball stars. Also new: Enter the Anime (2019, not rated) is a Netflix-centered introduction to Japanese animation.

True stories: Maidentrip (2014, not rated) documents Laura Dekker’s two-year voyage as the youngest person to ever sail solo around the world. Director Jillian Schlesinger directs, using footage Dekker recorded herself during the voyage.

Matthew McConaughey is The Beach Bum (2019, R) in Harmony Korine’s stoner comedy with Snoop Doog and Isla Fisher, and Maya Erskine and Jack Quaid star in the romantic comedy Plus One (2018, not rated).

True stories: three documentaries commemorating the 50th anniversary of the first moonwalk arrive from National Geographic: Apollo: Missions to the Moon, The Armstrong Tapes, and Apollo: Back to the Moon (all 2019, not rated).

Lucy Lawless is a retired cop who keeps getting pulled into cases in My Life Is Murder, a new murder mystery series from Australia. Two episodes now available on Acorn, new episodes each Monday.

BritBox concludes its Agatha Christie Summer Series with the feature films Murder Most Foul (1964) starring Margaret Rutherford as Miss Marple, The Alphabet Murders (1965) with Tony Randall as Hercule Poirot, and Agatha (1979, PG) with Vanessa Redgrave as Agatha Christie. Also new is the U.S premiere of Father Brown: Season 7 with Mark Williams as the cleric detective, with new episodes each Tuesday.

New documentaries on Kanopy include The Great Buster (2018, not rated), Peter Bogdanovich’s celebration of the silent movie legend Buster Keaton;