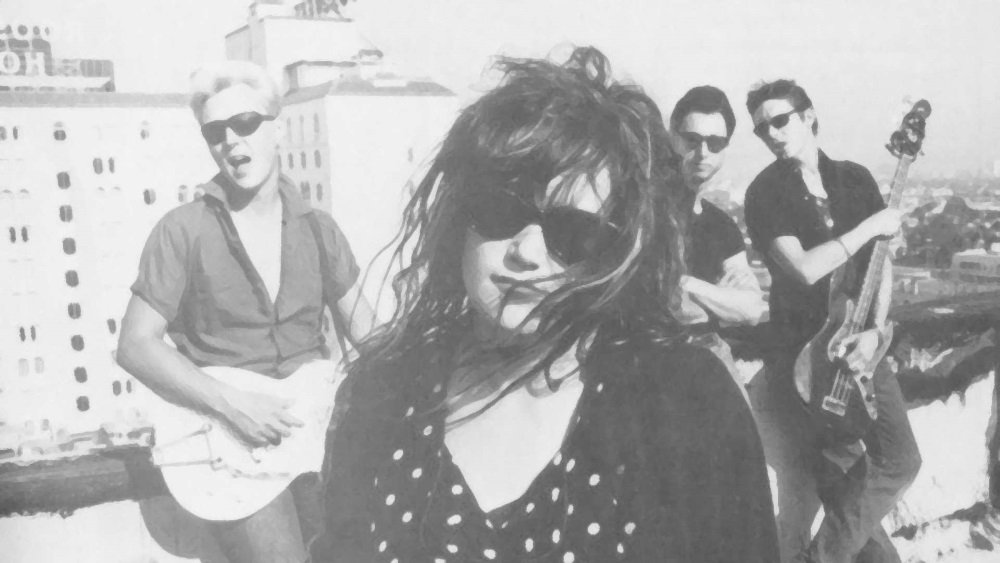 Shot over a period of five years or so by W.T. Morgan, it is a lively, playfully-directed, scrapbook-style portrait of the seminal L.A. punk band of the eighties, filled with interviews, stirred through with tongue-in-cheek archival clips and highlighted by a wealth of live performance footage shot specifically for the film, including footage of the band in the studio recording “White Girl” for their second album, “Wild Gift.” In the era of early MTV, they were the real deal, and even the proto-videos created by Morgan for the film have a down-and-dirty authenticity and a sense of humor that honors the band’s aesthetic.

John Doe and Exene Cervenka articulate themselves well, Billy Zoom is a smiling charmer and D.J. Bonebrake’s time signature demonstration is a wonder. Witnesses to the band’s importance to the music culture (even though they were unheard on commercial radio of the day) include legendary L.A. deejay Rodney Bingenheimer and former Doors keyboardist Ray Manzarek, who became a fan and produced their third album. But it’s not simply a band bio, it’s a survey of the music industry of the day and the struggle for independent music in the corporate mindset, which Morgan puts on display next to their story.

And remember, this is a film best enjoyed by following the directions given in the opening credits: “Play this movie loud.”

Also on VOD from Amazon Video

and available to own on DVD and Blu-ray.
X – The Unheard Music [DVD]

Released on DVD and Blu-ray by MVD for the film’s 25th Anniversary, with new interviews with John Doe and Exene Cervenka, a bonus outtake from a live performance and a behind-the-scenes featurette shot in 1983 among with supplements.

Pingback: What to watch: 'Goosebumps' on Netflix, 'Coriolanus' on Amazon, 'Angie Tribeca' on Hulu, and 'Chelsea' talks - Stream On Demand
Comments are closed.