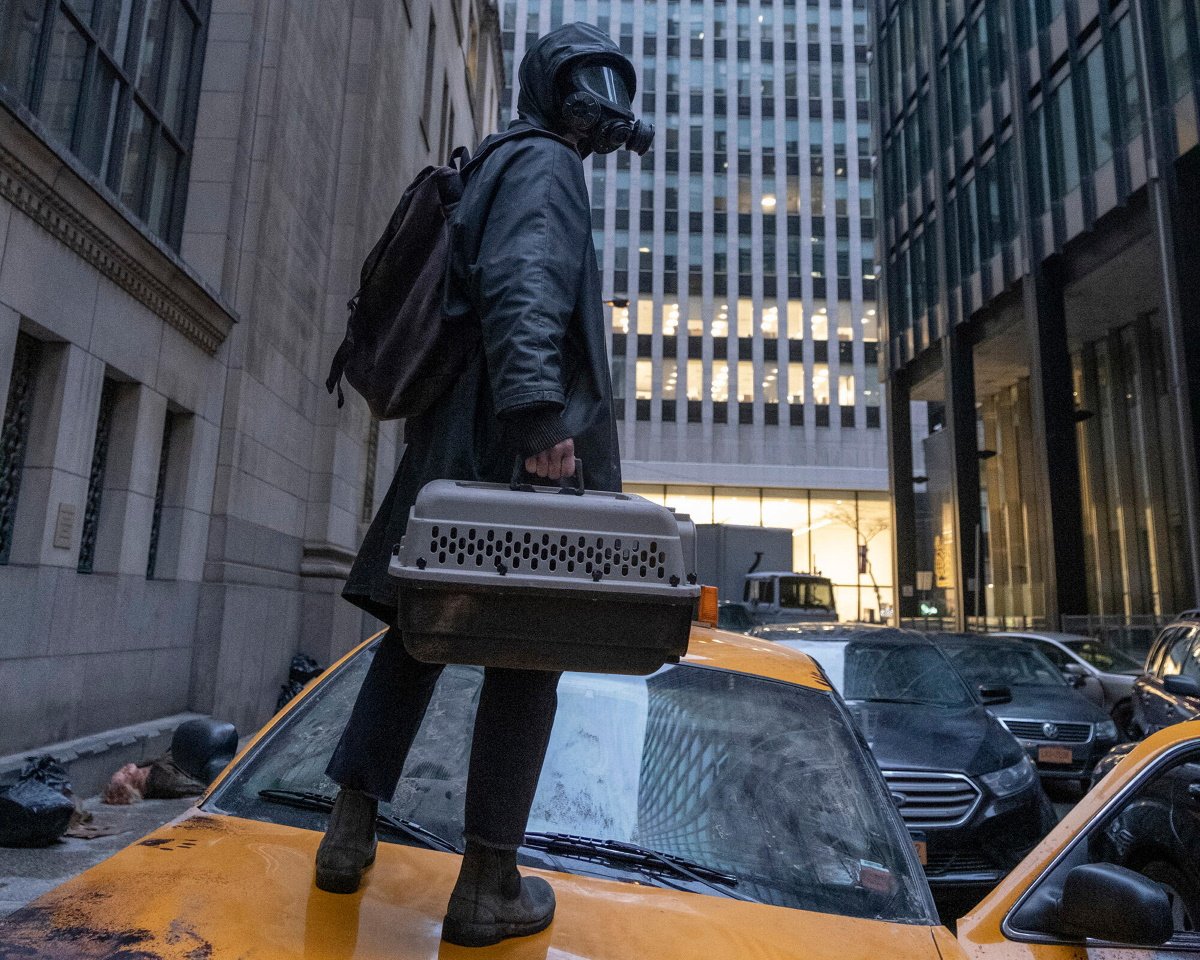 “Y: The Last Man: Season 1“ (TV-MA) offers a new twist on the post-apocalyptic series: every human and animal with a Y chromosome dies suddenly except for a young man named Yorick (Ben Schnetzer) and his capuchin monkey. Diane Lane stars as a congresswoman elevated to president, trying to keep country in shock from descending in chaos, and Olivia Thirlby, Ashley Romans, and Amber Tamblyn costar. Based on the award-winning comic book series by Brian K. Vaughan and Pia Guerra. Three episodes available, new episodes on Mondays. (Hulu)

Jessica Chastain and Oscar Isaac play a married couple on the verge of collapse in “Scenes from a Marriage“ (TV-14), a five-episode limited series adapted from the 1974 Ingmar Bergman series by Israeli writer/director Hagai Levi (creator of “In Therapy” and “The Affair”) and updated to contemporary America. New episodes on Sundays. (HBO Max)

“The Lost Symbol: Season 1“ (TV-14), based on the bestselling thriller by Dan Brown, stars Ashley Zukerman as Harvard symbologist Robert Langdon (the role played by Tom Hanks in “The Da Vinci Code”) as a young man. When his mentor (Eddie Izzard) is kidnapped, he has to decode a mystery that leads to a conspiracy. New episodes on Thursdays. (Peacock)

Clint Eastwood, at the age of 90, directs and stars in “Cry Macho“ (2021, PG-13). Based on the 1975 novel by N. Richard Nash, the drama of redemption stars Eastwood as a one-time rodeo star and horse breeder who takes a job taking a boy home from Mexico back to his father in Texas. Streams same day it opens in theaters, available for 31 days from September 17. (HBO Max)

Based on both a true story and a hit stage musical, “Everybody’s Talking About Jamie“ (2021, PG-13) is a lively working class fantasy about a teenager (Max Harwood) in a clue collar English town with dreams of becoming a drag performer. Call it “Billy Elliott” with sequins. Richard E. Grant costars as his mentor, a drag queen named Loco Chanelle. (Amazon Prime)

Annie Clark (a.k.a. St. Vincent) and Carrie Brownstein write and star as fictionalized version of themselves in the self-aware “The Nowhere Inn“ (2021, not rated). Also new:

A child is held prisoner in the apartment of a witch (Krysten Ritter) in the family-friendly horror fantasy “Nightbooks“ (2021, TV-PG), produced by Sam Raimi and based on the books by J.A. White.

Denzel Washington and Ryan Reynolds are CIA agents on the run in the action thriller “Safe House“ (2012, R).

True stories: “My Heroes Were Cowboys“ (2021, PG) profiles Robin Wiltshire, an immigrant who finds meaning and redemption through the art of horse training.

International TV: “Squid Game: Season 1“ (South Korea, TV-MA, with subtitles) follows a series of players in a children’s game that turns out to have deadly consequences.

Kid stuff: “He-Man and the Masters of the Universe: Season 1“ (TV-Y7) reboots the animated fantasy based on the action figures.

Mélanie Laurent directs, writes, and stars in the historical drama “The Mad Women’s Ball“ (France, 2021, not rated, with subtitles) as a passionate woman committed to an asylum by her family.

Russell Crowe is the Biblical “Noah“ (2014, PG-13) in Darren Aronofsky’s film about the great flood.

Kid stuff: Kristen Bell produces and stars in “Do, Re & Mi: Season 1“ (TV-Y7), an animated musical series for preschoolers.

“Bride and Prejudice“ (2005, PG-13) is a Bollywood-style take on the Jane Austen novel from director Gurinder Chadha.

Three outcast schoolgirls form a punk rock band in “We Are the Best!“ (Sweden, 2014, not rated, with subtitles).

The anthology comedy “The Premise: Season 1“ (not rated), created and hosted by B.J. Novak, uses humor to engage with serious issues. New episodes on Thursdays.

Mads Mikkelsen stars in the revenge thriller “Riders of Justice“ (Denmark, 2020, not rated, with subtitles).

Kid stuff: the animated “Little Ellen“ (TV-Y) looks at the world through the eyes of seven-year-old Ellen DeGeneres.

“My Son“ (2021, not rated), Christian Carion’s English-language remake of his 2017 French thriller, stars James McAvoy as a father who will do anything to find his young son, who has gone missing.

The adult animated comedy “The Harper House: Season 1“ (not rated) follows a family of oddballs living in a fixer-upper Victorian home. New episodes on Thursdays.

In the darkly-comic drama “Finding Alice: Season 1“ (not rated), a woman (Keeley Hawes) struggles with grief when her partner of 20 years dies unexpectedly. All episodes available.

Seasons 10 and 11 of the hit murder mystery “Vera“ (TV-14) starring Brenda Blethyn and Welsh-language crime thriller “The Museum: Season 1“ (not rated, with subtitles) with Nia Roberts are now streaming.

Crime drama “Cheyenne & Lola: Season 1” (France, with subtitles) stars Veerle Beatens as a parolee who gets involved with a murderer (Charlotte Le Bon) in the North of France. (AMC+ and Sundance Now)