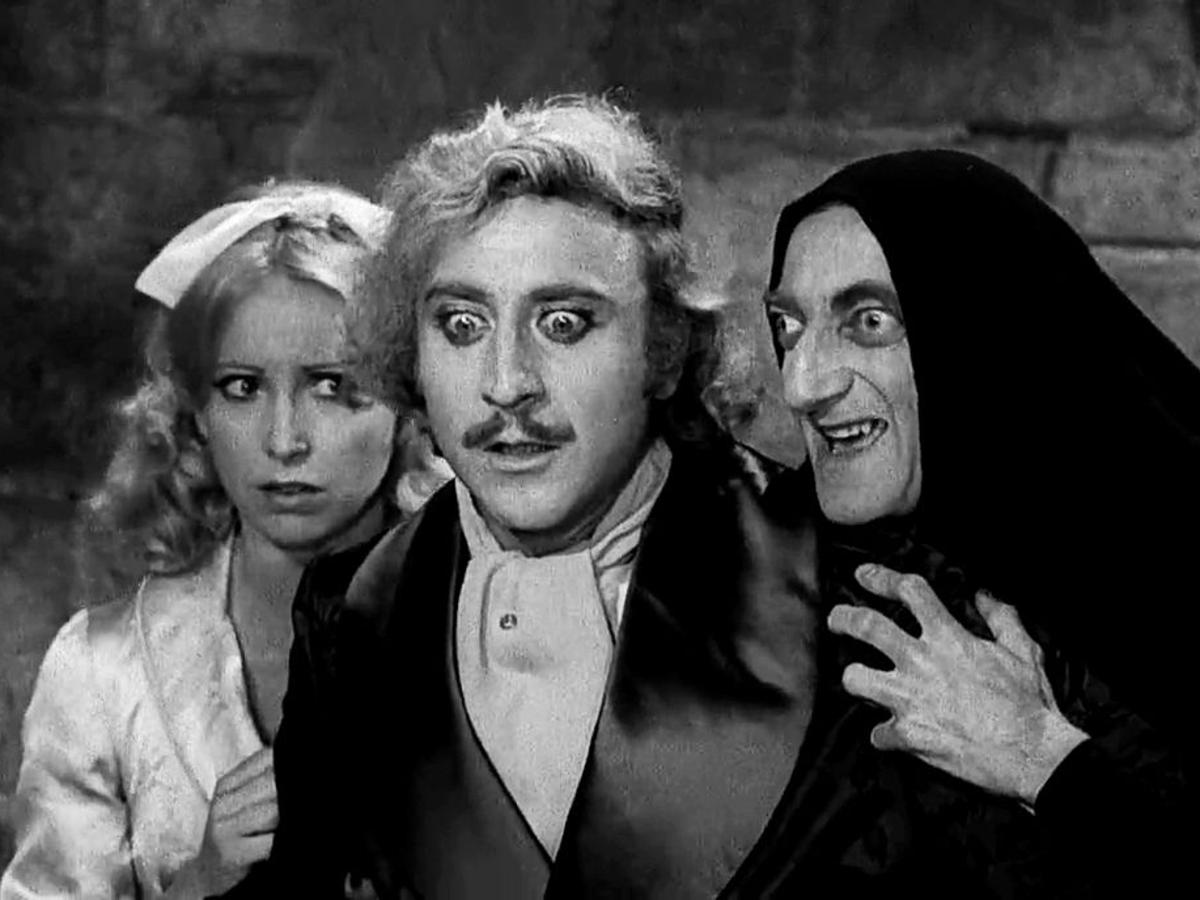 Young Frankenstein (1974), Mel Brooks’ lovingly hilarious spoof of the Universal Frankenstein films, is more than simply an inspired lampoon of an iconic piece of cinema history. Brooks and co-writer/star Gene Wilder create something that has never been repeated in the legion of movie spoofs that followed: a real movie with dynamic characters, a story that stands on its own, and a touching undercurrent of pathos amidst the parody.

Wilder stars as Dr. Frederick Frankenstein, the grandson of the original Dr. Frankenstein. A man of science and medicine, he’d rather live down the family legacy (“It’s Fronken-steen!”) and only reluctantly accepts his inheritance, where another legacy awaits: the family manor.

It’s a castle is right out of a classic horror movie and the underground laboratory is a faithful recreation of the 1931 Frankenstein. The inhabitants are pure Brooks and Wilder: Igor (Marty Feldman), the eccentric hunchbacked grandson of the original assistant; Inga (Teri Garr), the milk maid of a lab assistant; and Frau Blücher (the hilarious Cloris Leachman), the housekeeper with a hidden agenda. It’s inevitable that he’ll carry on his grandfather’s experiments and it’s in the midst of the chaos that his American fiancée (Madeline Kahn) traipses into the movie.

Wilder is all passion and torment as the white sheep who embraces the family legacy with a passion after creating his own monster (Peter Boyle), a childlike innocent with a nasty temper and decidedly adult instincts. Woof. And check out an unbilled cameo by Gene Hackman, showing off his rarely-displayed comedy chops.

Handsomely filmed in living black and white B&W on a magnificent recreation of 1930s-style studio style, and set to a beautiful and haunting by John Morris, it’s like a remake on laughing gas that draws not just from the 1931 original but the sequels Bride of Frankenstein and Son of Frankenstein (inspiration for the one-armed constable played by Kenneth Mars). Simultaneously respectful and ridiculous, it’s both the funniest and the most loving tribute to classic movies ever made.

It earned two Oscar nominations, including one for the screenplay by Brooks and Wilder.

The Blu-ray and DVD editions feature commentary by Brooks, documentary featurettes, deleted scenes (some of them are a bit slow but the reading of the will is very funny), and outtakes that all end with Gene Wilder busting up.