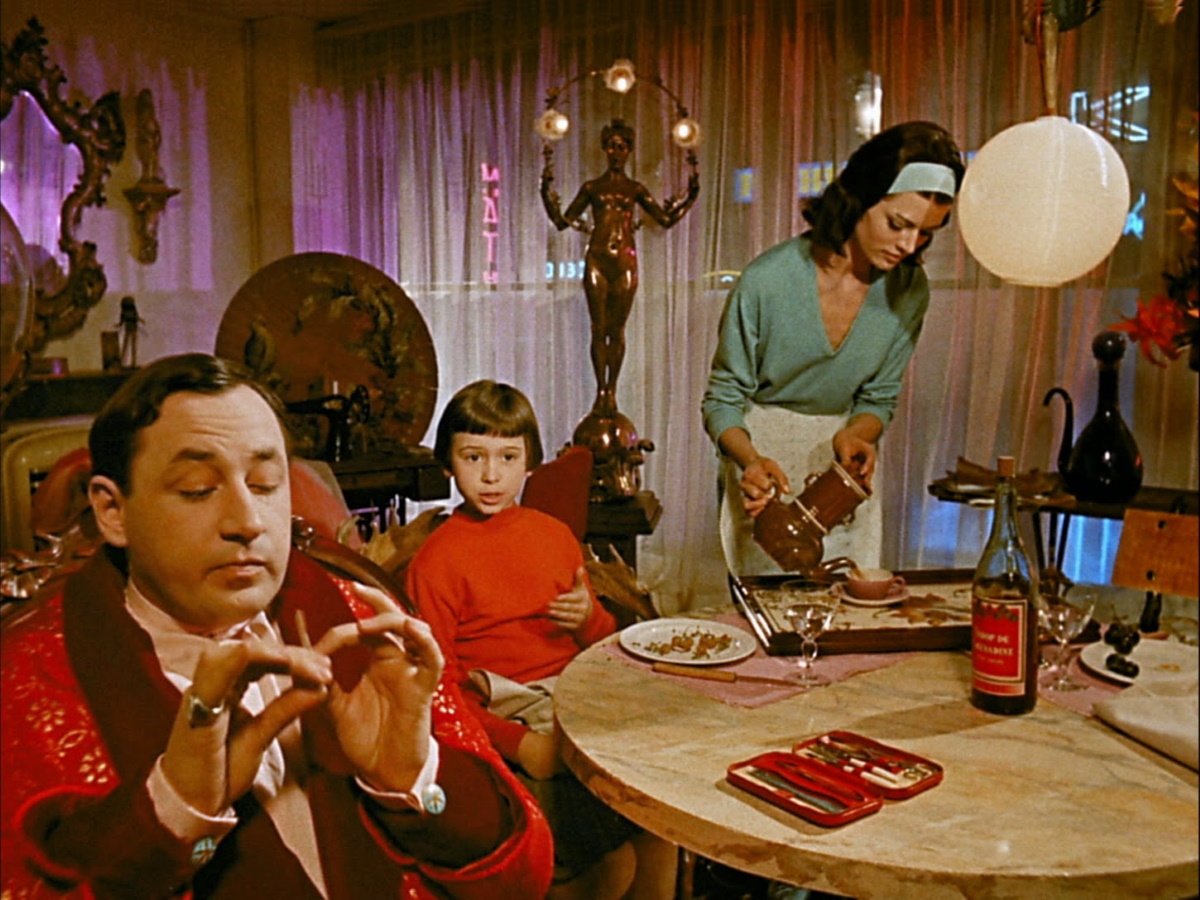 Zazie dans le metro (France, 1960), Louis Malle’s fresh and freewheeling comedy of the adventures of a spirited, uninhibited ten-year-old girl, came out in 1960, right at the birth of the French New Wave. But despite affinities and style and sensibility, it’s not really a part of the movement.

Malle’s film is based on a comic novel by Raymond Queneau, and he finds his cinematic equivalent to Queneau’s slangy prose. It’s the barest sliver a story, the wildly imaginative trip by Zazie through Paris, with her eccentric uncle (Philippe Noiret), enigmatic aunt (Carla Marlier) and the various friends and strangers she meets along the romp.

The title is a joke in its own right—all Zazie (played with inhibited energy and unruliness by Catherine Demongeot) wants to do is ride the Metro but it’s closed by a transit strike—so she runs off and runs wild through the streets, leaving mayhem in her wake like a social earthquake. While there are some references to sex and “homosessuality” (the misspelling in the subtitles is on purpose) it is all quite innocent.

Zazie dans le metro looks back to silent movies, surrealist shorts, Looney Tune cartoons, and the absurdist visual gags of Frank Tashlin and Jerry Lewis comedies, as much as it looks forward to the playful anything-goes experimentation of the French New Wave. His use of jump-cuts, madcap sight gags and Keystone Kops chaos in fast forward was Malle’s attempt to find a visual equivalent to the novel’s play with words and language.

Whether he succeeds or not, it is a joyful film and a cinematic delight.

In French in English subtitles

The Criterion DVD and Blu-ray editions also feature archival interviews with director Louis Malle, novelist Raymond Queneau, and the young actress Catherine Demongeot, and a new interview with assistant director Philippe Collin, plus a booklet with a new essay.