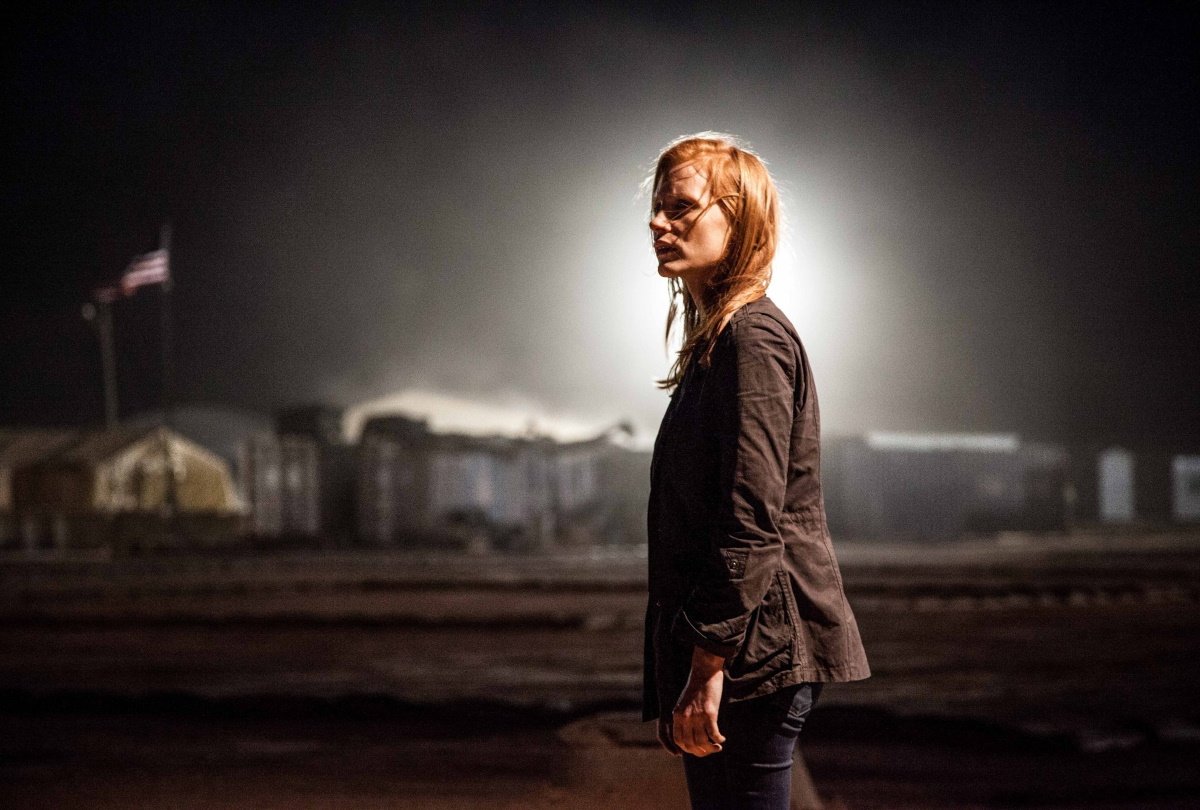 Zero Dark Thirty (2012) was both praised as the best American film of 2012 and accused of justifying American torture of detainees and turned into a political football by members of congress demanding an investigation into the intelligence provided to the filmmakers by the administration.

That’s testament to the complexity of the film and the volatile nature of the subject matter. The direction by Kathryn Bigelow, who won Oscars for Best Film and Best Director in her previous film The Hurt Locker, is fierce and focused and Mark Boal’s screenplay grapples with the messy history of the eight-year-long intelligence operation to find Osama Bin Laden by refusing to make a spy thriller out of it.

As in The Hurt Locker, Zero Dark Thirty shows us what this kind war does to the soldiers in the field, in particular Jessica Chastain’s Maya, a fictionalized take on the real CIA agent who unrelentingly followed the slimmest of leads and synthesized seemingly unrelated pieces of information into a map that led to Bin Laden. But the focus is not on the personal sacrifice so much as on the enormity of the job and the tenacity of one agent (“Washington says she’s a killer,” is the one-sentence resume offered on her arrival) to doggedly follow the trail while the bureaucrats and politicians weigh resources and shift focus with each new threat. After the tension and anxiety builds through the investigation, Bigelow pays off with the raid on the compound, played out in real time without movie heroics.

This isn’t documentary, mind you, and Bigelow and Boal take some dramatic license in the details, but it’s in the service of exploring the real story of the investigation as well as the culture of intelligence work and the reality of agents in the field battling bureaucracy on the one hand and terrorists on their own home field on the other. It is intelligent, uncompromising, and utterly compelling, and it begins right off by showing the torture and waterboarding of a prisoner, a man that the lead interrogator (Jason Clarke) admits right off will never be released.

That’s the reality of the war on terror in 2003 and the top priority is finding and capturing Bin Laden. By refusing to duck the role of torture, and even more daringly refusing to have Maya verbally condemn it, Bigelow drew some heat. While the government vainly tried to claim it somehow distorted American policy (when in fact the policy itself was distorted), others have charged that the film makes the case that torture was a successful tool, when in fact Bigelow and Boal show us that it never produced any information that wasn’t already gathered through other means, and failed to produce reliable intelligence on pressing threats. Bigelow leaves it to us to draw our own conclusions—on the morality of torture as well as the effectiveness of it—and it appears to have become a Rorschach test for audiences.

The controversy fueled interest in the film but it may have cost Bigelow an Oscar nomination for her direction, which by my measure is the most accomplished and the most gripping American film of 2012. This is real tradecraft.

It was nominated for five Academy Awards, including best picture, actress (Chastain), and original screenplay, and won for sound editing (shared with Skyfall).

The Blu-ray and DVD both present four featurettes, all under ten minutes. “The Compound” is the longest of them and it is indeed a guided tour of the set built to serve as the Bin Laden compound. “Geared Up” looks at the equipment used by the actors playing SEAL Team Six and the training they went through for the invasion scene and “Targeting Jessica Chastain” is a brief profile of the Chastain and the character of Maya. Though brief, they offer a lot of detail on the preparation and research behind the production. The least of the supplements, in fact, is “No Small Feat,” which purports to be the “making of” production but is actually a four-minute promotional piece. The Blu-ray also features an UltraViolet digital copy for download and instant streaming.