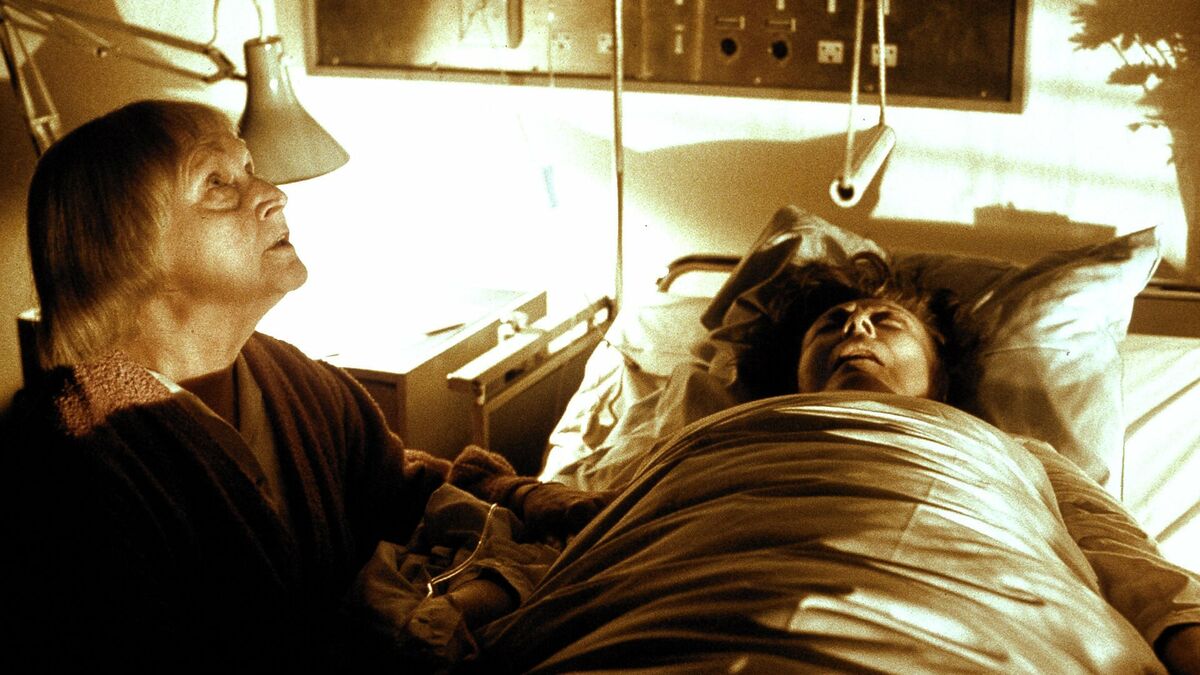 The Kingdom (Denmark, 1994) defies categorization. This cult Danish mini-series plays like a nightmarish cross between Twin Peaks and Chicago Hope as directed by David Cronenberg, and even that hardly captures the giddy absurdity of Lars von Trier’s soap opera come horror tale.

The setting is a modern hospital built on a medieval graveyard, but the most terrifying ghosts belong not to ancient history but the hospital’s own dark past. An egotistical, self-righteous visiting Swedish doctor (Ernst-Hugo Järegård) who abhors the Danes and screams his outrage in nightly rants from the hospital roof presides over this ensemble of eccentrics, but he’s hardly the strangest this hospital has to offer.

Grey’s Anatomy has nothing on this delirious madhouse, where haunted ambulances, a Masonic cult, a devil cabal, demons, ghosts, and a most mysterious pregnancy lurk in the fringes of more the more earthly (though equally bizarre) melodramas. Shot on video with a bobbing handheld camera, von Trier creates an otherworldly atmosphere with the dimly lit corridors and bland, drained color schemes, set to an eerily sparse soundtrack of echoing hospital sounds and electronic wailings. The mix of deadpan hysteria and spooky ghost story concludes with the most outrageous cliffhanger put on film… to be continued in The Kingdom II (1997).

Simply put, you’ve never seen anything quite like this.

Twenty five years later, von Trier checked back in to Denmark’s haunted hospital for a new round chapters in the story, under the name The Kingdom: Exodus (2022). And something between the second and third rounds, Stephen King adapted the show for an American remake called Kingdom Hospital.

Kirsten Rolffes, Ghita Norby and Udo Kier are among the costars in the sprawling cast.

TV-MA, in Danish with English subtitles.

Also on Blu-ray and DVD and on SVOD through Amazon Video, iTunes, GooglePlay, Vudu and/or other services. Availability may vary by service.
The Kingdom: Series One [DVD]