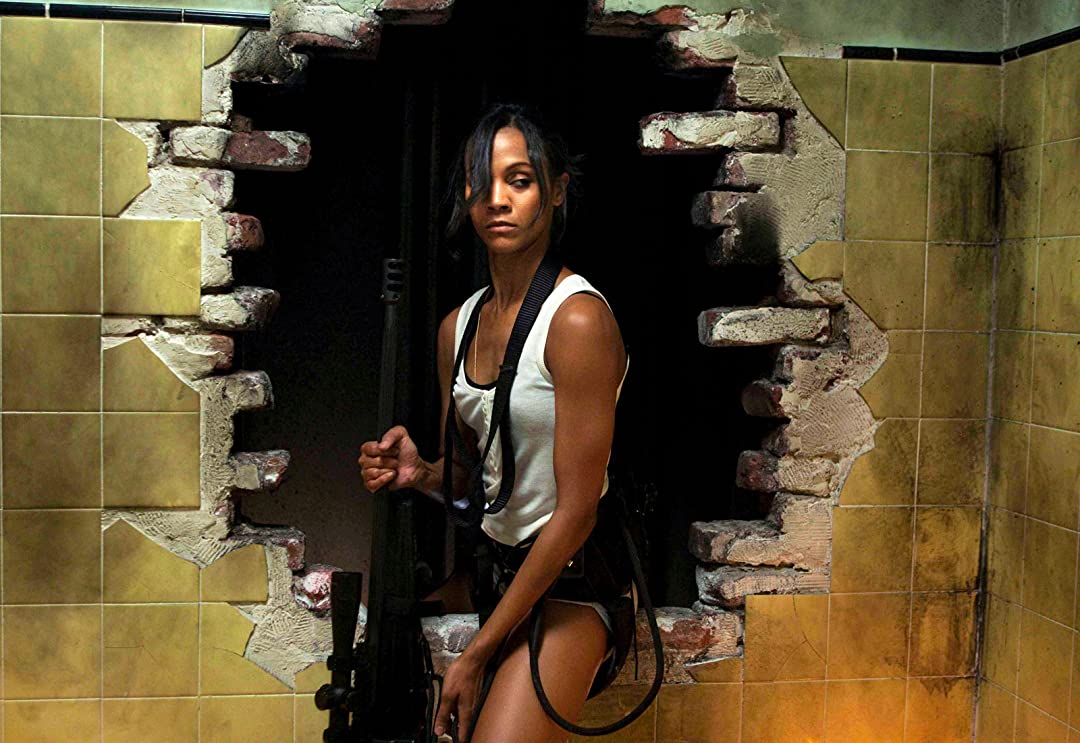 Zoe Saldana was a rising star when she took the lead as a sexy assassin in Colombiana (2011), a revenge thriller from producer Luc Besson’s international action movie factory. But where his other productions tend to drop American badasses in European locales, this one reworks La Femme Nikita in a South American context.

Saldana is Cataleya, who as a young girl in Bogota watched her parents murdered in front of her by a drug lord. She vows revenge and heads to the United States, where her uncle (Cliff Curtis) already works as an enforcer for the mob. With his mentorship, she grows up to become a professional assassin and she leaves a calling card with each murder, all to flush out her target: the man who killed her parents is now in hiding, protected by the CIA as an asset.

Once you get past the clichés and the reckless obsession of its heroine, it’s a classic Besson action fest, a souped-up drive-in action thriller with exotic locations (Chicago, New Orleans, Mexico doubling as Bogota) and dynamic set pieces and action sequences that favor impressive physical stunts over CGI-enhanced spectacle.

Saldana is a natural as an action star, with her slinky figure, her lithe moves going through vents and snaking through air ducts, her dancer’s moves fighting and shooting. And how could a director with a name like Olivier Megaton not deliver an action blast?

It’s a bit silly, with logical gaps and absurd romantic detours, but a lot of fun. Besson cowrites the script with his usual collaborator Robert Mark Kamen and it costars Jordi Mollà, Lennie James, Amandla Stenberg, and Michael Vartan.