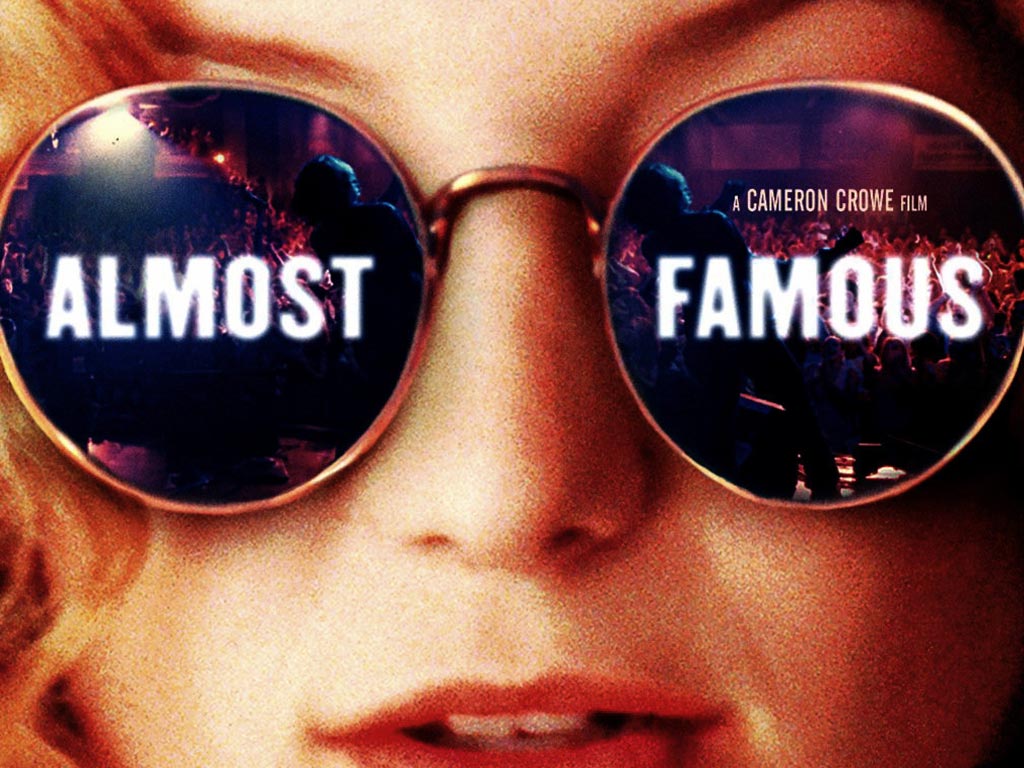 The story of 15-year-old William (Crowe’s stand-in, played by Patrick Fugit) sent by Rolling Stone magazine to tour with an up-and-coming band (Stillwater, a fictional amalgamation of real-life bands The Allman Brother, Lynyrd Skynyrd, and others) has the sensory immediacy of a treasured memory, from the crackle of vinyl on a bedroom turntable to the view of an arena concert from the stage. It’s an immersion in the mid-seventies rock scene, and Crowe exposes the sex, drugs, infighting, and indiscretions of the music scene (perhaps with more discretion than necessary despite the R rating) without ever losing its faith in the power of music.

Billy Crudup and Jason Lee co-star as the clashing Stillwater bandleaders, Frances McDormand is William’s mother, and Zooey Deschanel is William’s older sister, who gifts him with her record collection when she leaves home, but Kate Hudson is the golden girl of the film. She literally glows as the giving, impulsive, always surprising Penny Lane, the young (in fact, underage) groupie (or should I say Band-Aid) in love with Stillwter guitarist Crudup. Fairuza Balk and Anna Paquin play fellow Band-Aids and Philip Seymour Hoffman is marvelous as William’s (and Crowe’s real life) mentor Lester Bangs.

Cameron Crowe won an Academy Award and a BAFTA for his original screenplay and Kate Hudson and Frances McDormand earned Oscar nominations for their performances.

Also on Blu-ray and DVD and on SVOD through Amazon Video, iTunes, GooglePlay, Fandango, Vudu and/or other services. Availability may vary by service.
Almost Famous [Blu-ray]
Almost Famous [DVD]

Cameron Crowe created an extended version in 2002 (titled “Almost Famous: The Bootleg Cut” or “Almost Famous: Untitled”) with over 30 minutes of additional footage in snippets and extended scenes. None of the additions are essential and many of them, for all their personality and character moments, end up reiterating points already made in the film, but a couple are touching and beautiful, especially Penny Lane’s birthday party and Band-Aid Anna Paquin’s farewell to William. But while they slow the story down, they also fill out William’s experience offer a different kind of richness, one perhaps better suited to home viewing. The Blu-ray features the extended cut only (the DVD release includes the original, more focused, theatrical cut as well), along with commentary by Crowe and others (including his mom!), “The Making of Almost Famous,” a significant deleted scene (which, due to music rights problems, is best viewed with a copy of Zepplin IV close at hand), some text reprints of Crowe’s articles and other supplements from the DVD release.