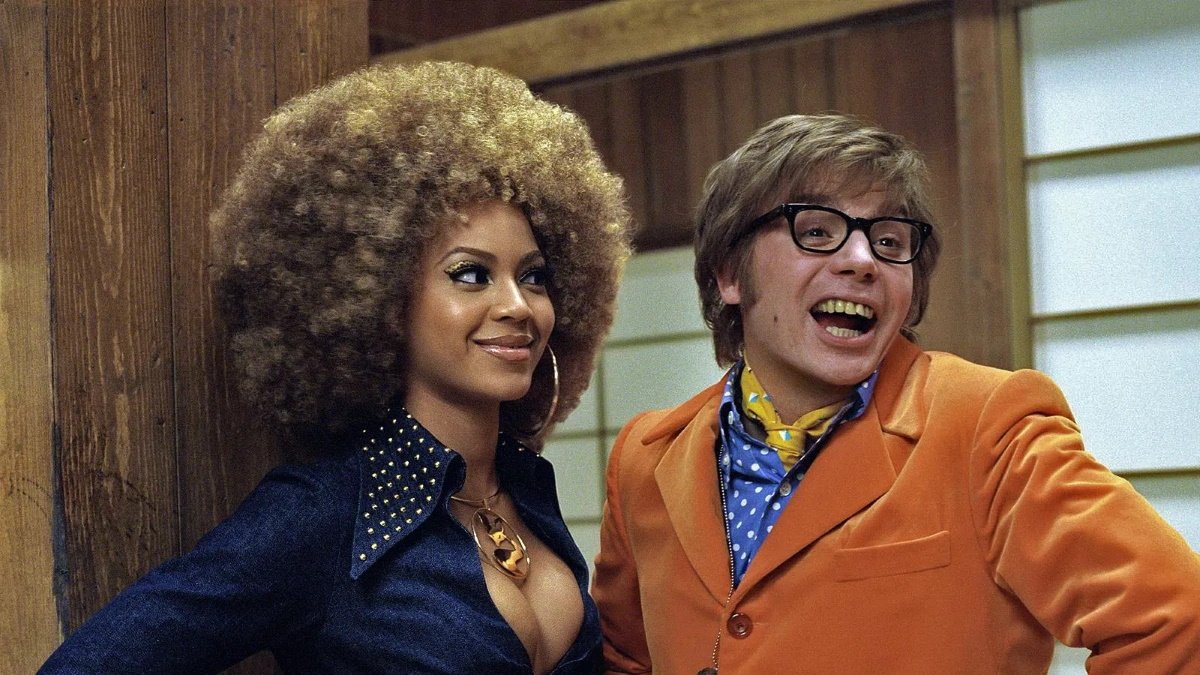 Set the way back machine to 1975 and the disco playground of Studio 69, where Austin Power’s absent, estranged father Nigel (Michael Caine) has been kidnapped by the rollerboogie-ing Goldmember (Myers in his latest transformation).

Caine calls on past performances to play his randy playboy spy as equal parts Harry Palmer and Alfie Elkins and pop star Beyoncé Knowles falls right into the spirit of the thing in her big screen debut as the latest Power-babe, seventies soul sister Foxxy Cleopatra. The disco spoofing and “blaxploitation” references are a mere detour as Austin deals with daddy issues and makes the world safe from Evil conspiracies.

Myers is in practically every shot as Austin Powers, arch foe Dr. Evil, foul henchman Fat Bastard, and the new gold lamé supervillain Goldmember, whose cartoony contortions make him less a threat than a freckled, feckless human Muppet. The overcrowding of Myers-centric characters is starting to hinder his comedy. So good at riffing with costars, his timing simply lurches when he plays against himself and director Jay Roach and his editors can’t get a rhythm that clicks.

Otherwise this is one long collection of asides, in-jokes, and often foul toilet humor. It’s also quite often very funny, but it never tops the glitzy, cameo-studded credits sequence, a display of splash, energy, giddy self-awareness, and action movie absurdity with dancing in the streets and a musical rumble that turns America’s 2002 sweetheart into the latest fem-bot. The rest is an adolescent dirty joke book done up in post-Tarantino pop culture riffs.