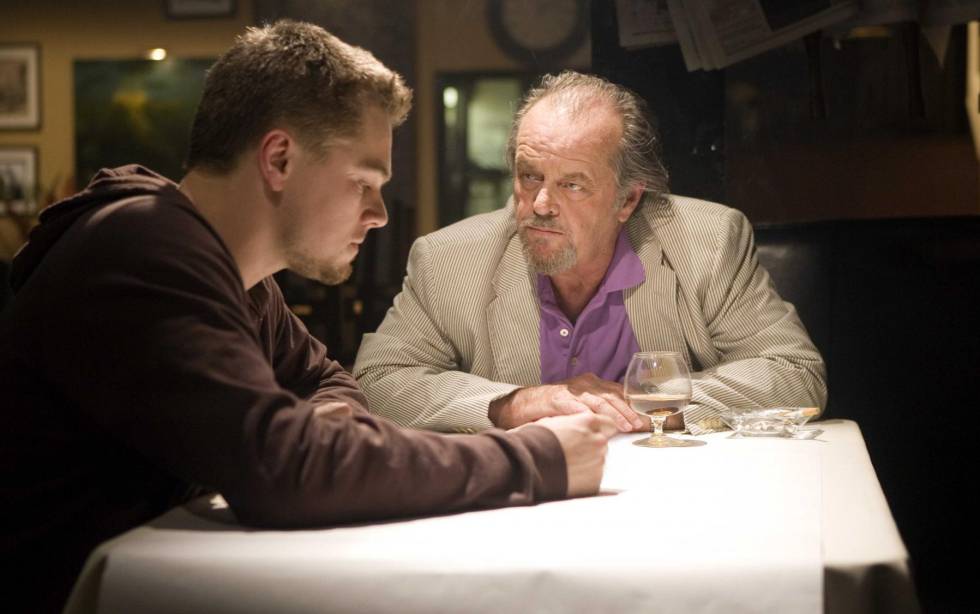 The Departed (2006), Martin Scorsese’s return to American urban crime cinema, became the biggest hit of his career and earned him his very first Academy Award for Best Director.

Leonardo DiCaprio is Billy Costigan, a street thug working for South Boston crime boss Frank Costello (Jack Nicholson), and Matt Damon is Colin Sullivan, a rising star in the Boston PD. Except they are actually the opposites in a much more complicated war: Costigan is a deep cover cop plucked from the police academy to work his way up through the underworld ranks and the cool, smooth Sullivan is an undercover gangster who worked his way up from the police academy into the elite investigative team in the Boston police force.

It’s a dynamic and deviously clever thriller, a nail-biting cat-and-mouse thriller of two rival informants racing the clock—and each other—to uncover the respective “traitor” before they are found out. It’s also a remake of Hong Kong gangster movie hit Infernal Affairs and sequels moved into the Boston underworld by William Monohan. It wasn’t Scorsese’s first time at the remake rodeo—he made the very dark noir-drenched thriller Cape Fear even darker—but this one was a natural for the director of Goodfellas. He turns the clever cat-and-mouse story of two rival informants scrambling to save themselves from discovery into a star-studded mob opera spiked with grimy underworld detail and juiced with adrenaline and suspicion.

Damon is cool, in control, sure of himself, and he is building a civilian life for himself with a semblance of warmth and emotion, but is really a cold customer, an empty shell ready to do anything to save his own skin. DiCaprio is a man at the end of his rope, an already emotionally wrought-up guy in the deep end without a lifeline as the investigation closes in on him, sliding headlong into panic and desperation as his life is unravels and he’s running on pure adrenaline. Nicholson plays Costello with an edge of mania, not in his emotional temperature which he keeps steady in the presence of others but in his unpredictable nature.

The superb cast also includes Martin Sheen, Ray Winstone, Vera Farmiga, and Alec Baldwin, but the stand-out supporting performance comes from Mark Wahlberg as the abrasive undercover team drill sergeant. He’s a man with no filters who commits himself completely to his job and to his men.

It won four Academy Award in all, including best picture, adapted screenplay, and film editing.

, iTunes, GooglePlay and/or other services. Availability may vary by service.
The Departed [Blu-ray]

The 2-disc DVD and Blu-ray editions feature the documentary Scorsese on Scorsese, originally made for TCM by Richard Schickel, plus bonus featurettes on the criminal cultures of Boston and Scorsese’s Little Italy, and nine deleted scenes.