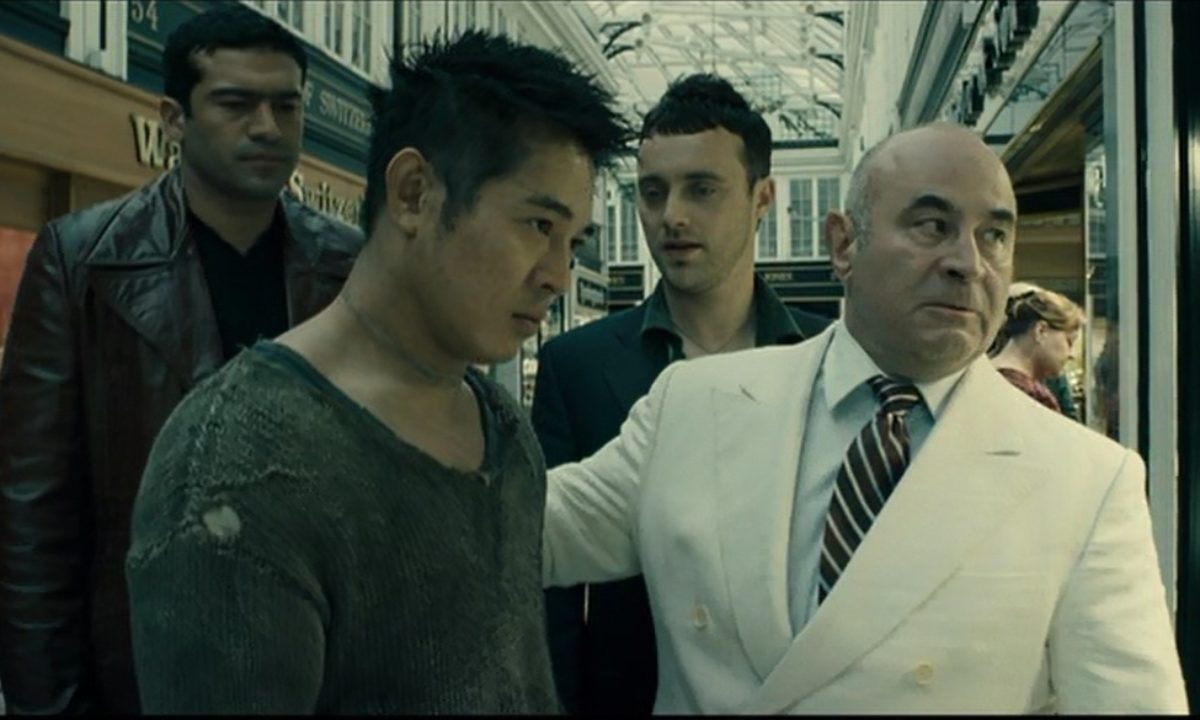 French filmmaker Luc Besson turned movie mogul in the 2000s as a producer of unaccountably entertaining thrillers, the 21st century answer to drive-in action pictures. Unleashed (2005), which he also wrote, is one of his best productions.

Hong Kong martial arts superstar Jet Li plays Danny, a childlike adult who has been raised as an obedient human attack dog by Glasgow loan shark Bart (Bob Hoskins). With his collar on he’s gentle, docile, a child staring into the sky or glancing wistfully at toys he can never touch. But when the collar is taken off and the order to “kill” is given, the instinct beaten into him since childhood takes over.

Morgan Freeman is nurturing blind piano tuner Sam, who shows the emotional and mental child Danny the first kindness he’s experienced since childhood. He takes the skittish lost boy into the home he shares with his 18-year-old piano student stepdaughter (Kerry Condon), becoming a father and a friend.

The story is modest, the drama direct yet resonant, and the action forgoes pyrotechnics for the unique special effect of martial arts mastery in action. Though over 40, Li has a boyish presence, like a lost innocent enjoying his delayed childhood, while his action scenes are jaw-dropping. It’s a perfect role for the otherwise limited actor.

It’s the directorial debut of Louis Leterrier, who Besson promoted from assistant, and choreographed by Yuen Woo Ping, who guided Li to some of his best work in Hong Kong. Literrier proves himself both efficient and stylish and delivers a tight, modest action drama full of crisp, high energy action and surprisingly affecting relationships.

Unleashed resists the all-too-common impulse to explain everything in dialogue and gives the reluctant warrior something real to fight for. His adoptive family, yes, but also his soul and his humanity. That’s what gives this unabashedly pulp melodrama its dramatic resonance.

It was originally titled Danny the Dog in Europe. Cinematography is by Pierre Morel, who became the next Besson veteran to step into the director’s chair with District B13 and Taken, and note that one of the many unnamed fighters is none other than Scott Adkins, soon to become a major B-movie action star and solid support in major motion pictures like Wolverine and Dr. Strange.

Also on Blu-ray and DVD and on SVOD through Amazon Video, iTunes, GooglePlay, Fandango, Vudu and/or other services. Availability may vary by service.
Unleashed [Blu-ray]
Unleashed [DVD]

The Blu-ray and DVD releases include two featurettes, an interview with director Louis Leterrier, and music videos.