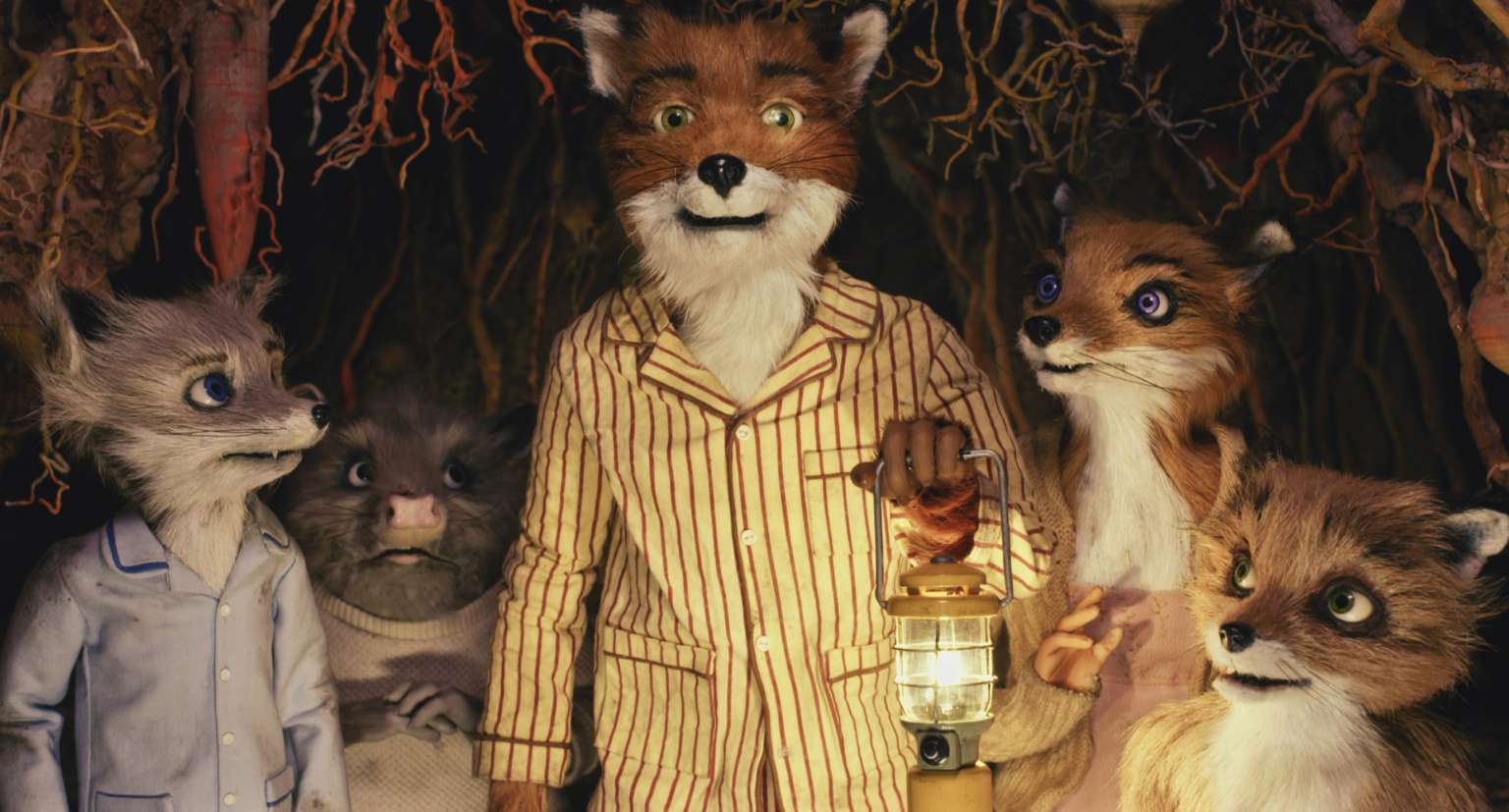 Wes Anderson turns to stop motion animation for Fantastic Mr. Fox (2009), his adaptation of Roald Dahl’s children’s book. It’s a delight and, animation aside, a Wes Anderson film through and through.

Voiced by George Clooney with his perfectly pitched mix of matter-of-fact cockiness and oblivious confidence, Fox is a happily married husband and uncertain father torn between 9-to-5 domesticity and the thrill of raiding the henhouse. “I’m a wild animal,” he explains, but it’s less primal impulse than personality trait here, like a career criminal who wants to pull off one last big job before retiring. The fresh meat is secondary to the feral rush of thieving forbidden fruit. Or fowl, in this case.

Toss in a neurotic son (voiced by Jason Schwartzman) who wears a towel like a superhero cape, a sewer rat (Willem Dafoe) who dances like an extra from West Side Story, a rock and roll soundtrack, and dryly funny dialogue woven through with emotional disconnection and self-delusion, and you’ve got a Wes Anderson storybook. In other words, a kid’s movie for grown-ups.

Stop motion animation is a perfect fit with Anderson’s sensibility and his fussy filmmaking is a great match to the material. The combination of elaborately designed sets and minimalist animation looks downright quaint next to the expressiveness of Henry Selick or the Aardman folks, but it evokes storybook illustrations by way of 1950s-era puppet animation. His animal dolls could have stepped right out of museum dioramas and into a vintage store wardrobe, and the mix of stillness and sudden action (from discreetly ruffled fur to a sudden acrobatic leap) is an animated analogue to the deadpan performances of his human casts.

Stuffed with family anxieties, imaginative detail, and quirky humor in every frame, this is a storybook come to life, warm and funny and a spirited flight of fancy for children and adults alike.

The DVD has a light “From Script to Screen” featurette (see Wes Anderson act out the characters for the animators) and a peak into the stop-motion animation process, plus the whimsical “Beginner’s Guide to Whack Bat.” The Blu-ray includes additional supplements, plus a bonus DVD copy and a digital copy.