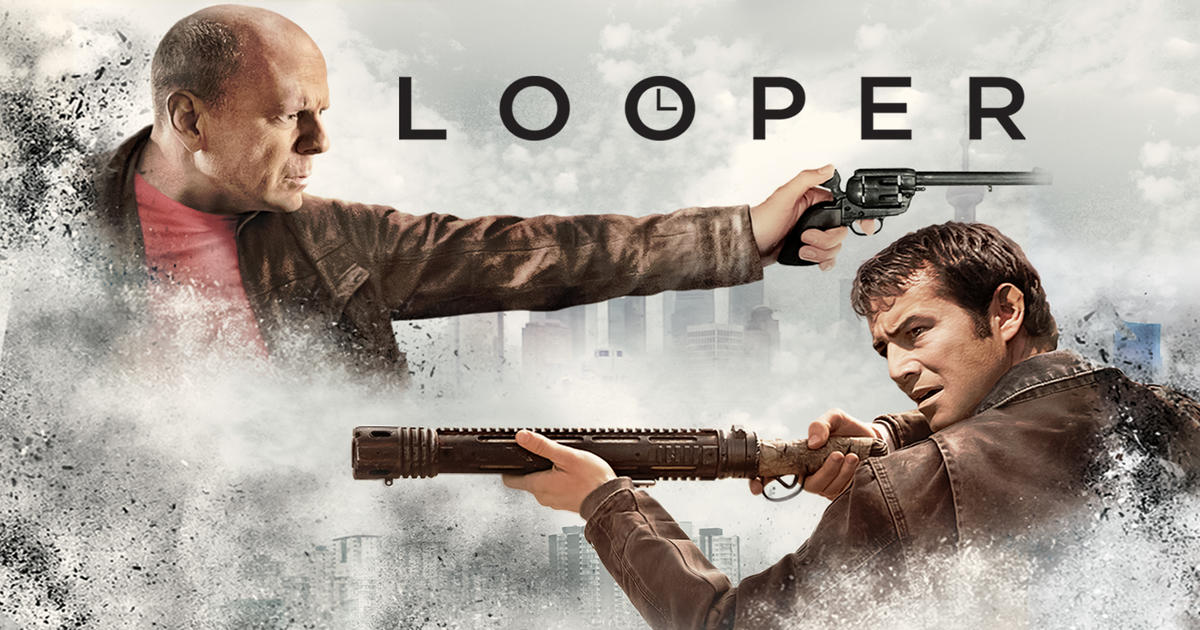 Looper (2012), Rian Johnson’s juiced-up genre blast, pits callow young executioner Joe (Joseph Gordon-Levitt) against his future self (Bruce Willis). The younger is assigned to kill his older incarnation (closing the loop, in the film’s vernacular) while the older is determined to change his future.

On the surface it looks like a clever collision of killer-for-hire action and time-travel conundrum. It’s grounded in a grim future where time travel is illegal but embraced by organized crime. One of the few avenues out of perpetual poverty is turning assassin with a contract that comes with an expiration date. He directs action scenes with a sharp, gritty immediacy and he imagines murder through the lens of time travel complications with startling imagery.

As in his previous films Brick and The Brothers Bloom, however, Johnson’s creative approach to familiar genre elements is simply our entry into a superb character drama. He likes complexity, conflict, surprises, and his narrative surprises are rooted in character, in this case two versions of Joe as different people with different motivations, both of them completely selfish.

Gordon-Levitt does a brilliant Willis and Willis is a dead man walking who remains just as self-involved decades on. Both are so focused in the present self they treat their alter ego as an enemy.

Emily Blunt provides fierce support as a single mother whose devotion to her son nudges at least one of them to become more interested in saving someone other than himself. Paul Dano, Piper Perabo, and Jeff Daniels costar.

Also on Blu-ray and DVD and on SVOD through Amazon Video, iTunes, GooglePlay, Fandango, Vudu and/or other services. Availability may vary by service.
Looper [Blu-ray]
Looper [DVD]
Looper [4K UHD]